Over the last decade-plus of war, the US Army has relaxed its promotion and retention standards for commissioned and non-commissioned officers. As we transition into peacetime, the pendulum is swinging the other direction. 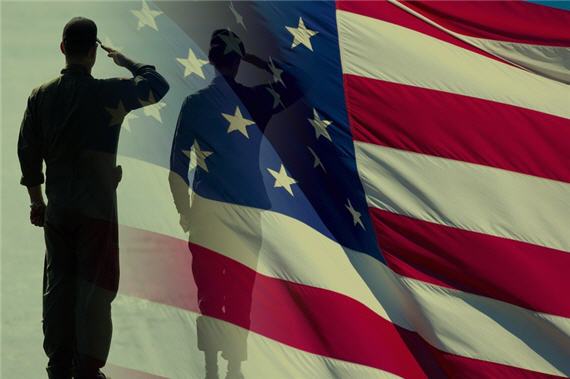 Over the last decade-plus of war, the US Army has relaxed its promotion and retention standards for commissioned and non-commissioned officers. As we transition into peacetime, the pendulum is swinging the other direction.

Stars and Stripes (“New Army guidelines making it tougher for NCOs to re-enlist“):

It just got a lot harder to stay in the Army.

Under new guidelines that went into effect Thursday, E-6s and above might not be given the option to re-enlist if they have certain negative marks on their service records. And some of those who do have the option of re-upping, could have to retrain to other jobs to do so.

As a result of the new rules, three in 10 soldiers in South Korea, for example, probably won’t get the chance to re-enlist, Army officials there said.

“Tough decisions are ahead,” according to a Feb. 2 memo issued by Sgt. Maj. of the Army Raymond F. Chandler III, Army Chief of Staff Gen. Raymond T. Odierno and Secretary of the Army John M. McHugh. “Some fully qualified soldiers will be denied re-enlistment. Commanders must carefully assess their soldiers and ensure only (the) best are retained to meet the needs of (the) Army.”

“As we begin this deliberate process, it is imperative we retain those soldiers with the greatest potential for future service — ones truly deserving to remain a part of our Army team,” the memo said.

According to a separate directive issued by McHugh’s office, there will be enhanced retention requirements for staff sergeants and above who have not executed an indefinite re-enlistment contract.

They will not be eligible to re-enlist if they have in their file any of the following items: a relief-for-cause noncommissioned officer evaluation report; a “no” listed in Part IV or a senior rating of 4 or 5 in Part V of an NCOER; or a Service School Academic Evaluation Report indicating a failure in an NCO Education System course.

The directive also added to the mandatory reasons for barring a soldier’s re-enlistment:

– Loss of primary military occupational specialty due to fault of the soldier.

– Not being recommended for re-enlistment by unit commander.

– A drug or alcohol incident.

– Was away without leave more than 96 hours during current enlistment or the re-enlistment period.

In an ideal world, those would always be the minimum standards. It’s one thing to retain very junior soldiers who have made a couple of mistakes but show promise. By the time they’re staff sergeants, though, they’ve got half a dozen or more years of service under their belt and are well into their 20s. If they haven’t grown up by then, the odds are they won’t mature into capable Army leaders.

In reality, we don’t live in an ideal world. The combination of increased manpower needs and the increased danger that comes from fighting major wars makes it hard to attract the best and brightest to volunteer. So, absent bringing back a draft–which is politically impossible and tactically unwise–that means lowering standards at precisely the worst possible time.