Base Closures Speed to Approval

The last-ditch effort to reject the Base Realignment and Closure (BRAC) has failed 324-84, clearing the way for the BRAC Report to become law in mid-November.

A plan to close and reconfigure hundreds of military bases is sailing through Congress, on track to take effect next month in a blow to communities hoping for an eleventh-hour reprieve.
In a long-shot attempt to halt the first round of base closings in a decade, the House planned a vote today on a proposal to reject the final report of the 2005 Base Closure and Realignment Commission (BRAC). Even base-closing opponents considered the effort certain to fail, like Congress’ attempts to stop the four previous rounds.
To kill the process, the Senate also would have to veto the report, and the chances of that happening are slim to none.

However, I’m sure the lawsuits by states upset about the elimination of National Guard units will continue.

Now that BRAC is effectively done, next up on the military list is the Quadrennial Defense Review (QDR). The previous one was completed near 9/11, and swiftly became outdated and ignored. This will be Secretary Rumsfield’s vision to transform the Defense Department, like he attempted before 9/11. 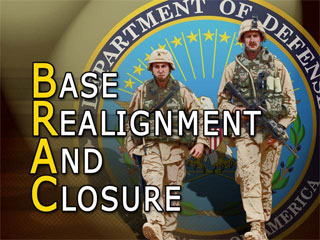 Base Closures: A Community Perspective

BRAC May Emphasize ‘Realignment’ over ‘Closure’