Democratic Congresswoman Betty McCollum has received death threats after questioning the wisdom of the U.S. Army sponsoring a NASCAR Sprint Cup team to the tune of $7 million a year. 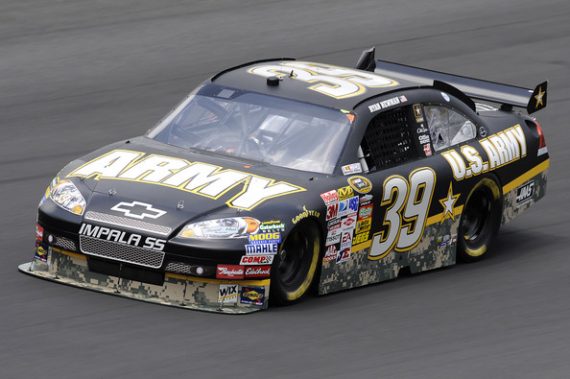 A Democratic Congresswoman has received death threats after questioning the wisdom of the U.S. Army sponsoring a NASCAR Sprint Cup team to the tune of $7 million a year.

McCollum’s staff tells TPM this is the first time they’ve alerted the police about a threat made against here office since the health care debate.

The fax then goes on to say that “without exception, Marxists are enemies of the Constitution” and “Death To All Marxists, Foreign And Domestic!”

I have no opinion as to the wisdom of the $7 million NASCAR sponsorship as an Army recruiting tool. Certainly, it would seem to be smart demographic targeting but I haven’t a clue as to how the returns on the NASCAR investment stack up with other recruiting avenues. (McCollum seems to be motivated by optics rather than money; I disagree with her there.)

And I had the same reaction as Digby:

It’s Marxist to request that the US government not fund a private race car team? I think maybe this person doesn’t know what the word “Marxism” means.

I’m guessing there are a lot of words this moron doesn’t know the meaning of.