The Papoon For President Edition OTB Caption ContestTM is now over. 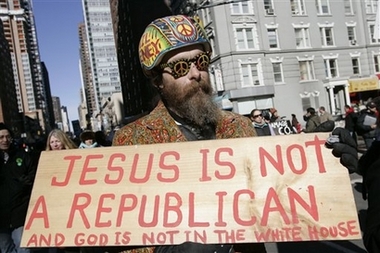 Second: Gollum – Maybe not, but I bet He votes that way.

Third: B. Minich – Yes, but the real question is, is he a Democrat?

McGehee – Why ZZ Top now has only three members.

McGehee – Why his brother fired him from the cough drop factory.(Looks like it could be a brother of McGehee)

Floyd – Maybe not, but he is seated to the “Right” of His Father!

Other side:
Mohammad isn’t a Shriner, and Allah isn’t in the Sears Tower.

How can you be in two places at once, when you’re not anywhere at all.