Thank goodness, the July PCE numbers look pretty good compared to recent months. Lets hope it is something that will continue.

The BEA has released their July 2011 numbers for personal consumption expenditures and they are definitely good. In real dollars PCE for July is up 0.46% or 5.63% on an annualized basis. This is a nice change from the downward trend we’ve been seeing for the previous 3 months*.

However, while this is indeed good news, keep in mind it is one data point and it might be partially (even entirely) due to “back to school spending”. So while we can breath a bit easier next months PCE numbers will be interesting to see. Hopefully we will see the upward trend continuing. And to reiterate, personal consumption expenditures is the largest component of GDP, well over 70%. Thus, if PCE starts to drop significantly for two or more months in a row the likelihood that GDP will be very low or negative is considerable. You can think of PCE as sort of an advance indicator of where we expect the next GDP release to go…up, down, little change, etc. Granted, the data is subject to revision as the BEA gets more data, but it is helpful in forming expectations of our economic situation.

*Please note the downward trend in the PCE numbers is when you adjust for inflation–i.e. real terms. In nominal terms PCE has been increasing.

An All-Around Bad Jobs Report For May 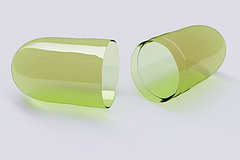