The Maine blogger lawsuit is getting major attention, with the Boston Globe doing a major story on it in today’s edition.

A coastal Maine blogger who criticized the state’s tourism office has been hit with a lawsuit seeking potentially more than $1 million in damages for allegedly making false statements and posting on his website, Maine Web Report, images from proposed tourism advertisements a New York agency prepared for Maine officials.

The case raises the issue of how free speech protection will be applied in the proliferating world of weblogs, or blogs, and underscores the growing influence of bloggers on business and government. ”It’s a reflection of the extent to which businesses are taking critiques from the blogosphere very seriously,” said John G. Palfrey, executive director of the Berkman Center for Internet & Society at Harvard Law School. ”Bloggers have gained enormous power.”

Other bloggers have rushed to Dutson’s defense, portraying the matter as a clear-cut free speech and First Amendment issue. ”This is a deep-pocketed litigator trying to stop a small media outlet, a blog, for saying things that they don’t like,” said Robert A. Cox, a New Rochelle, N.Y., blogger and cofounder of the Media Bloggers Association.

The increased scrutiny is putting bloggers on notice that they need to use their power responsibly, said Palfrey at the Berkman Center. But he said the plaintiff faces a high bar in the Maine case. ”When someone is using the Internet or any media for political speech, that’s afforded very high protection,” Palfrey said.

Quite right. One does not have the right to simply make up charges against political officials and other public figures, but the 1st Amendment gives wide latitude to those expressing honestly held views. Even if one makes charges that later prove false, one is protected so long as they were made in good faith. Indeed, the burden is on the public figure plaintiff to prove actual malice.

The problem, though, as illustrated by this case, is the old saw in legal circles that “the process is the punishment.” The incredible expense of litigation and the drain of time and energy associated with it often causes people to back down from rightful claims rather than go bankrupt “winning.” 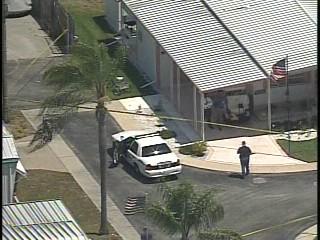