President Obama Addresses The Nation On The Situation In Syria 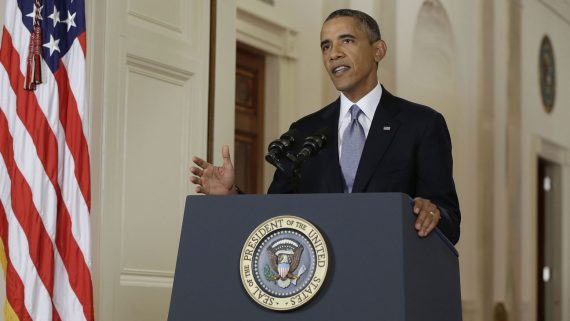 WASHINGTON, DC – SEPTEMBER 10: U.S. President Barack Obama addresses the nation in a live televised speech from the East Room of the White House on September 10, 2013 in Washington, DC. President Obama blended the threat of military action with the hope of a diplomatic solution as he works to strip Syria of its chemical weapons. (Photo by Evan Vucci-Pool/Getty Images)