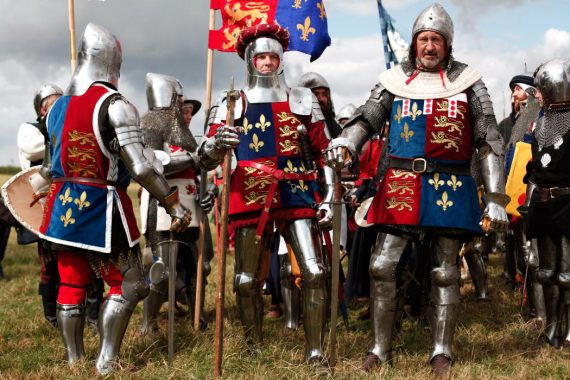 People wear armor as they attend a reenactment of the Battle of Agincourt, in Agincourt, northern France, Saturday, July 25, 2015. The French are hosting a reenactment of the clash with England this weekend. More than 800 people in Medieval garb are gathering at the site to commemorate the battle, which was a turning point in the Hundred Years’ War. (AP Photo/Thibault Camus)