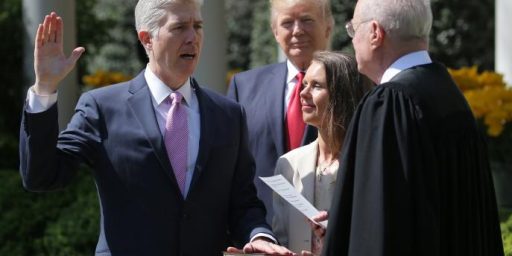 Neil Gorsuch Sworn In As Associate Justice Of Supreme Court

Neil Gorsuch Confirmed As 113th Justice Of The Supreme Court