Pam Spaulding calls it an “incredible homophobic rant about sin, adultery, fornication and everything but the kitchen sink” that “embod[ies] all of the embarrassing redneck stereotypes about southern white men.”  Andy Towle calls it disgusting.  Jason Kuznicki snarks, “I expected so much better of two Alabamans named Rick and Bubba.”

As a former Alabamian (I moved there halfway through my freshman year in high school, have my diploma and three college degrees from Alabama schools, taught college there four years, and whose mother still lives there and whose father is buried there) who both supports gay rights and doesn’t think the ability to “biblically justify” something has any bearing on public policy, I’m something of an outlier.   Okay, a lot of an outlier.

But I’m not particularly upset about this segment.

Rick Burgess and Bill “Bubba” Bussey are both just slightly older than  me and have been doing their radio shtick for a long time.  Bussey was born in Jacksonville, where my mother still lives, and Burgess was born up the road in Oxford where his did was coaching the high school football team and later moved to Jacksonville to take over the football team of Jacksonville State University, the mutual alma mater of the duo and myself.  Indeed, Coach Burgess lives a few houses down from my mother, although I don’t think I’ve ever met him.

I’ve heard their show before and they seem like decent enough guys, if a little silly for 45-year-old men.   But that’s the nature of their gig, which is comedic morning talk radio.   They’re unabashed Southern Christians and espousing the views toward homosexuality and the homosexual lifestyle that pretty much everyone in their target audience share.    Burgess, who’s inexplicably wearing a Babe Ruth Yankee’s jersey and doing most of the talking here, doesn’t think he’s being even slightly controversial.

He says, “There is, absolutely, no way, impossible, to biblically justify this lifestyle” in response to the declaration’s use of “the Year of our Lord.”   Now, obviously, that’s just a formalized holdover with no religious connotation whatever in modern context.   But I can see how Burgess would think the juxtaposition startling.

When he notes that there’s no “fornicator pride” day or “adulterer” appreciation day, he’s not making a public policy argument about the comparative impact of these behaviors and consensual same-sex relations.  He’s arguing that, in a biblical sense, they’re all sins that people are supposed to work to overcome and which shouldn’t be praised.

Do I agree with any of that?  No.  Am I angry that middle-aged Alabama Christians think that way?  No.

This monologue would have been absolutely uncontroversial as recently as the Clinton Administration.  Indeed, I’d have been nodding my head even as a non-believer in those days.  We forget how rapidly the landscape is changing on this issue.

Bubba Smith Is Latest Former N.F.L. Player Diagnosed To Have Had C.T.E. 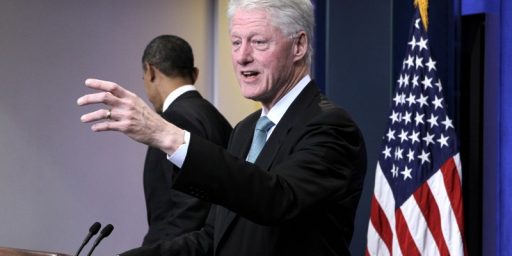