Steve Davis, who quarterbacked Oklahoma to back-to-back national titles, died in a plane crash yesterday. He was 60. 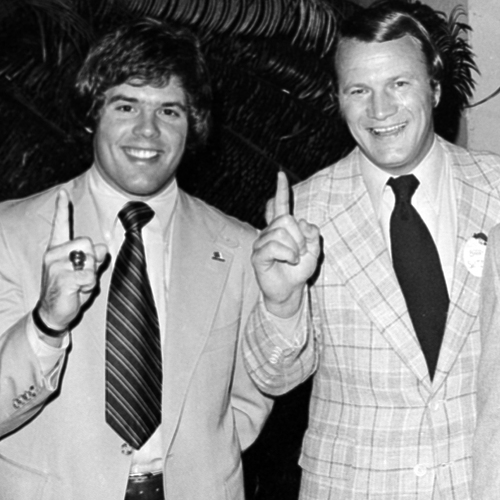 Steve Davis, who quarterbacked Oklahoma to back-to-back national titles, died in a plane crash yesterday. He was 60.

Former University of Oklahoma quarterback Steve Davis, who was the starting quarterback for the 1974 and 1975 national championship teams, was one of two people killed when a small aircraft smashed into a house in South Bend, Ind., on Sunday.

Davis started every game for the Sooners from 1973 to 1975 and finished with a 32-1-1 record. His coach at Oklahoma, Barry Switzer, sent out the following tweet on Monday:

“I’m saddened by the loss of Steve Davis. Great role model for young people on & off the field. He was my 1st QB & had an outstanding career.”

“All of those things are a part of my legacy and my history. I am very thankful for what happened. I don’t know that I would trade my career for any other quarterback that has ever played at OU.”

Caves owned the plane involved in the crash and had a pilot’s license, but officials have not said who was flying the plane.

Sad news. While there are more dangerous things than flying in a small aircraft piloted by an amateur, it’s up there.