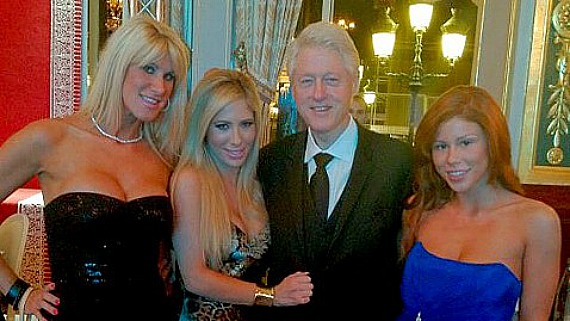 You have to admit it, Bill Clinton sure seems to be enjoying that whole ex-President thing:

He reportedly posed at a casino in Monte Carlo, Monaco, where Clinton attended a “Nights in Monaco” fundraising gala. At least two other celebrities, actresses Diane Kruger and Rose McGowan, were in attendance.

It’s unclear whether he was aware of the women’s occupation.

Oh, I have a theory about that one.

But What About the Most Vulnerable?