The Horror of War and the Challenge of Peace in Colombia

If Colombia makes peace, the post-conflict era will be rife with challenges. 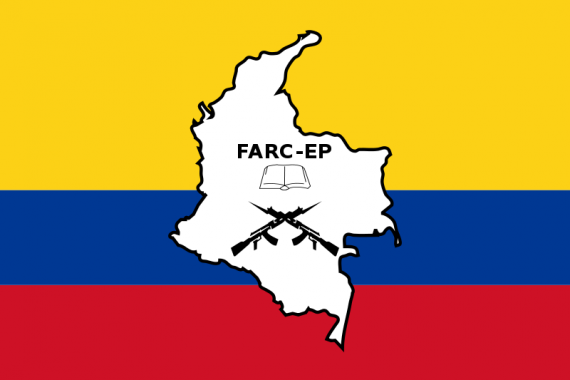 The following in the NYT is worth a read:  A Former Girl Soldier in Colombia Finds ‘Life Is Hard’ as a Civilian

More than 220,000 people have been killed, leaving a country bitterly divided over what role, if any, former rebels should play in society once they drop their weapons for a new, unarmed life outside the jungle.

That includes thousands of rebel fighters who were raised since childhood to carry out armed struggle. Many of them know little else but war.

“There are times when I think about returning to the guerrillas because this life is hard here,” said Mélida, now 20, who, like other former child soldiers, asked that her last name not be used because she fears reprisals over her links to the rebels.

She is now caught between two worlds, she says, belonging to neither. “True, we were children waiting for our deaths. But I’m always thinking about returning.”

The peace process with the FARC continues, although a March deadline for a final agreement on how to move forward has come and gone.  A parallel peace process with the other active guerrilla group, the ELN (Ejército de Liberación Nacional/National Liberation Army), has also started.  One of the long-terms difficulties, if these processes bear fruit, is how to deal with the re-integration of guerrillas into civil society.  Keep in mind that the FARC and ELN have existed since the 1960s.

The war crimes (such as the kidnapping of children by the FARC as described in this story) are legion, and have been committed by  multiple actors, including the state.  Reconciliation is going to be messy and difficult.

I was also struck by the following:

Freddy said he joined the FARC at 14 to avenge the killing of a cousin by paramilitary forces.

This is such a common formulation in Colombia:  the way that violence touches so many lives and then results in the impulse for revenge, which perpetuates the violence.  For example, the founders of the AUC (Autodefensas Unidas de Colombia/United Self-Defense Forces of Colombia), the Castaño brothers were motivated by the death of their father at the hands of the FARC.  Many, many Colombians have been touched by the violence and many of them have  responded with more violence.  And the truth is that while the peace process will hopefully diminish the violence, it won’t end it.

On a semi-lighthearted note, I will recall an anecdote* from a conversation in Bogotá some years ago about a program that was in place at the time to give amnesty to FARC fighters who would be re-integrated into society and a colleague noted that being a taxistsa was more stressful than being a guerrilla and so a lot of them were returning to the jungle.  Part of that was a joke about driving a taxi in Colombia’s large cities (which is not for the faint of heart), but part of it was an acknowledgment that as hard as it is to live the life of a guerrilla, it is also hard to live the life of someone at the lower ends of the economic spectrum in Colombia, especially if one is unfamiliar with it.  And so, if one has to choose between two worlds, one often is drawn to the known as opposed to the new (and, indeed, this is underscored in the linked piece).

I remain as optimistic as one who has studied Colombia for decades can be about the current peace process, but I also know that  the post-conflict era is going to have a lot of challenges.