What the Nunes Memo Tells us

Mostly it just tells us that Nunes and his allies are hacks. 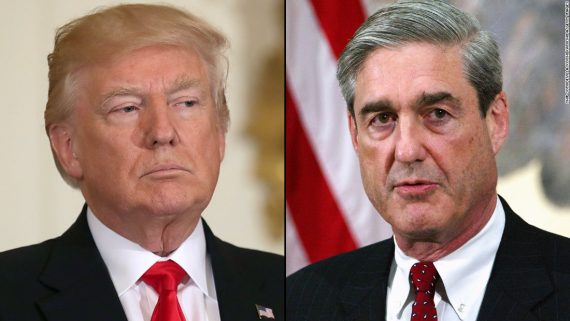 Here are some things that I think the Nunes memo tells us.

1. This is all about crass partisan politics.  I specifically use the modifiers “crass” (as in crude and simplistic) and “partisan” (as in for the purpose of furthering party over anything else).

I say this because of this line early in the memo:  “Our findings, which are detailed below, 1) raise concerns with the legitimacy and legality of certain DOJ and FBI interactions with the Foreign Intelligence Surveillance Court (FISC)…”

Ok, if the House Permanent Select Committee on Intelligence actually believes that there is illegality at the FBI and DOJ it has an obligation to take its oversight role seriously and pursue a real investigation of potential illegality at the highest levels of federal law enforcement, not just release a memo that does contain actual legal conclusions or findings.

This memo denigrates important governing institutions not because they deserve denigration, but because attacking them furthers very crude partisan goals.

2.  Nunes is not a serious interlocutor.  One can have a partisan perspective and still be an honest broker.  Nunes clearly is not such.

Via The Hill:  Nunes: I did not read material summarized in the memo.

Rep. Devin Nunes (R-Calif.) on Friday admitted that did not personally review the applications for surveillance warrants that provide the basis of the classified memo released earlier in the day.

“No, I didn’t,” Nunes told Fox News’s Bret Baier, when asked if he saw the applications.

Nunes, the chairman of the committee, brushed off news reports that accused him of not seeing the underlying documents as “bogus.”

He explained that the committee set up an agreement with the Justice Department that would allow just one person to review the documents.

Nunes said he thought Gowdy would be the best choice because of his background as a federal prosecutor, and that Gowdy then shared his notes and observations with the rest of the members.

Even if the strictures for review are as described, then take Gowdy’s summary, if necessary, as evidence for further internal (to the committee) action.  Don’t release a second-hand summary that has not been adequately analyzed.

Not to mention (also from The Hill): Gowdy: Nunes memo does not discredit Mueller probe in any way.

We need a complete understanding of what has transpired.  If Nunes thought that Gowdy’s review indicated trouble at the FBI or with the FISC process, then, again:  launch an appropriate investigation, don’t undermine the process to protect the leader of the party.

3. This is simply about muddying the waters.  This memo will give defenders of the president room to state that that whole Mueller probe is bogus because of this memo (reading it to come that conclusion will be optional, of course).  Ultimately, it will be used a means by which skeptics can be even more skeptical.

Or it will be used as an a means of exoneration (via CNN):   Trump tweets that memo ‘totally vindicates’ him in Russia probe.

This memo totally vindicates “Trump” in probe. But the Russian Witch Hunt goes on and on. Their was no Collusion and there was no Obstruction (the word now used because, after one year of looking endlessly and finding NOTHING, collusion is dead). This is an American disgrace!

I can’t disagree with the last sentence, but not for the reasons intended.

Side note:  why is Trump in quotes, and why does he keep capitalizing Collusion and Obstruction?  Further, his simplistic approach to this stuff is stunning (e.g., it is possible that both collusion and obstruction are on the table at the same time).

4. It undercuts the GOP’s Dossier theory.  A main argument being made by Trump and his defenders is that the whole investigation is based on the Steele Dossier, and therefore is nothing more than oppo-research gone amuck.

Numerous individuals have pointed out, however, that the memo undercuts that meme rather severely because of that last paragraph that confirms a NYT exclusive from last year (that some Trump supporters criticized) that the investigation started with George Papadopoulos, not the Steele dossier.

An excellent run-down of this fact can be found via that known bastion of American liberalism, The National Review.   David French notes The Big Flaw in the Memo,

Ironically enough, the memo in fact confirms the necessity of the Special Counsel Robert Mueller. Mueller insulated the investigation from the problematic elements of the FBI, disciplined a biased agent (Strzok), and is conducting an investigation that now includes copious amounts of alarming evidence gained independently of the memo — including the evidence that Donald Trump Jr., Jared Kushner, and Paul Manafort met with Russians in what was described in an email as a Russian plan to help Trump defeat Hillary Clinton.

Specifically:  the intel on Papadopoulus led to an investigation that started in July of 2016.  The FISA request that was linked to the Steele Dossier in the memo was made in October.  This timeline undercuts the notion that this is somehow all about the dossier alone or that it was the genesis of the investigation.

Ultimately, members of Congress who take seriously their duties don’t just release incomplete conclusions and selected information into the public.  That is the action of partisan hacks.