A shorter preseason and more meaningful games may come to fruition as soon as 2012. 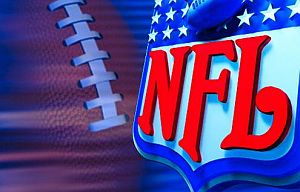 The NFL owners took a big step toward changing to an 18-game schedule today. Listening to Roger Goddell discuss the meeting afterward, the change will clearly be a big part of the league’s CBA negotiations going forward and could realistically kick in in 2012.

An idea I’ve preferred for a couple of years is to shift to a 17-game schedule. That way, every team can play a neutral site game, allowing for the league to continue to expand its international offerings without costing any teams a precious home game (and allow cities like LA that have facilities but no NFL team to host some games, too). Imagine how pleased I was when I got to the last chapters of Pat Kirwin’s book (which, by the way, is outstanding; if you like football and want to be a better educated fan, buy it) and found him making very much the same argument.

It would also be easier on the players and make the revenue component easier to manage. Fans already pay full price for preseason games, so there’s not a lot of extra revenue to be squeezed from ticket sales to pass on to players in the form of additional salary. But another meaningful week of games would mean higher TV revenue and neutral site games would be a great way to grow the game overall. 17 rather than 18 also balances the fans’ desire for more games that count against the extra physical toll another such game means for the players.

Despite the patently obvious advantages of the 17-game option, the owners are looking at 18. Perhaps splitting the difference is a possibility, but the odds are in favour of 18. Which, as opposed to 16 regular games and 4 preseason games, is a solid improvement. Whichever way they go, it can’t happen soon enough.

Now if they can just work out the rookie wage cap (which I think is a given, since both sides want it) and avoid a lockout (about which I’m much less sanguine), the sport could very well be set for another huge surge in popularity.