A Note to Krugman: Don’t Be So Stupid

Krugman links to a story at Think Progress about how firefighters let a house burn down because the owner didn’t pay the fee. Paul, baby, next time do a bit of fact checking. This isn’t the market failing, it was a government run fire department. You can tell from this part of the Think Progress article,

We asked the mayor of South Fulton if the chief could have made an exception. “Anybody that’s not in the city of South Fulton, it’s a service we offer, either they accept it or they don’t,” Mayor David Crocker said.

A local newspaper further pressed Mayor Crocker about the city’s policy, which has been in place since 1990.

Not exactly a failure of the market when it is the local government run fire department that is at fault here.

Here’s another hint to the daft and dense: a private firm might very well have gone out and put out the fire for a fee, probably one higher than the $75 annual fee, but after all that is the cost of moral hazard. 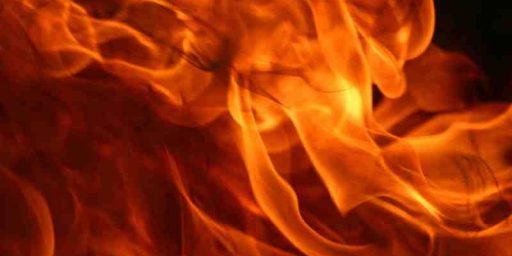