Since Colombia has been in the news this week, here is a photo I took of the opening ceremonies of the first round of the 2014 presidential elections, where I was acting as an electoral observer.  This process eventually led to Juan Manuel Santos’ second term in office.  This issue of the peace plan was central to that election.  Santos came in second in the first round to Óscar Zuluaga, who was a major “No” proponent and Uribe ally.  Santos went on to win in the second round.  The Santos coalition and anti-Santos coalition in 2014 is essentially the same as the “Yes” and “No” coalitions.

The location is the Plaza de Bolívar and that is the Colombian congress building in the background. 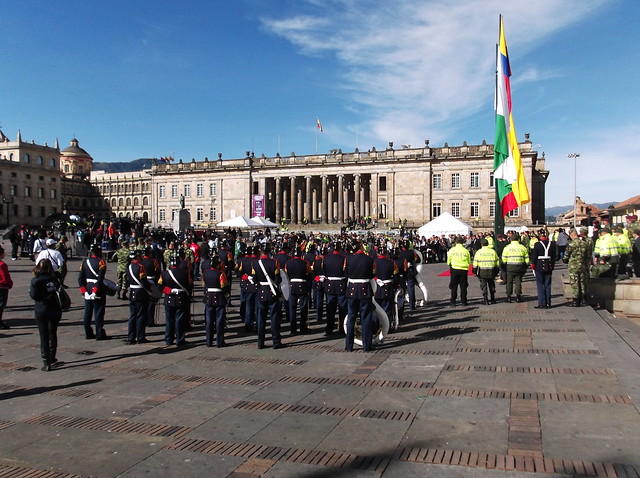