A Word Cloud That Speaks For Itself

Eric Weisbrod, a news producer at CNN shared this word cloud prepared from the transcript of the prime time Republican debate on Wednesday. The larger the world, the more frequently it was used: 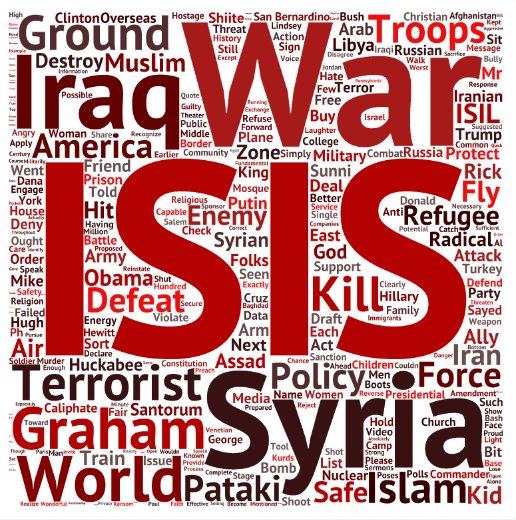