Four percent of the nation’s hop harvest went up in smoke, rather than into beer yesterday as the S.S. Steiner warehouse in Yakima burned. If this were oil, we could expect a massive price increase of hop-using products (um, mostly beer, rejected stuff goes into soaps and such). Even worse, hops aren’t exactly fungible as the alpha and beta-acids (tech-type hop talk) vary by type and location.

About 4 percent of the nation’s total hop yield was lost to fire Monday, as 2 million pounds of the pungent beer-making crop smoldered in a Yakima warehouse….
“This will affect the U.S. market particularly because in some of the varieties, there was a feeling we were already a little short this year,” said Ann George, the administrator for the Moxee-based Washington Hop Commission.
Representatives of the Steiner company declined to comment Monday afternoon. The hops, packed in 10,000 bales weighing about 200 pounds each, were probably worth between $1.75 and $2 per pound, based on average prices this year, George said. That puts the fire’s monetary damage between $3.5 million and $4 million. Depending on the varieties, the hops’ value per pound could be even higher, she said….
About 75 percent of the nation’s hops are produced in the Yakima Valley.

This is the case where you have the horseshoe that was lost. Not that much value, but critical. For those drinking microbrews, be relieved as Hop Union is the major supplier to that industry which uses specialty hops. While I think this is just spontaneous combustion, the conspiracy theories will be investigated:

It was announced late Monday that the U.S. Bureau of Alcohol, Tobacco and Firearms will lead an investigation into the cause of the fire.

Federal investigators were set Tuesday to begin an investigation into a fire that ruined about 4 percent of America’s yield of hops, used as flavoring in the brewing of beer and ale.
The fire started shortly before noon Monday in a 40,000-square-foot (3,600-square-meter) warehouse operated by S.S. Steiner Inc., one of the four largest hop buyers in the Yakima Valley of central Washington. By mid-afternoon flames engulfed most of the building, sending up plumes of smoke and a pungent aroma….
The United States produces 24 percent of the world’s hops, and about three-fourths of the U.S. crop comes from the Yakima Valley. Hops were a $77 million crop in Washington state in 2004. More than 40 families grow hops in the valley, which is dotted with orchards, vineyards and farms.
Fires have long been an expensive danger at hop warehouses, largely because of the potential for spontaneous combustion from heat buildup in bales of resin-loaded varieties….
Seventeen varieties of hops are grown in the United States, including aroma varieties which are added for flavor or fragrance and the bitter alpha varieties.

Sorry CNN, there are more than 17 varieties of hops grown in the USA, though the quantities of some varieties are quite low. Right now everyone is guessing as to the impact, but if this was oil …

I was in Yakima today and didn’t smell anything, but a week ago when I previously passed though, the town smelled of hops (ditto Sunnyside) as it is harvest season. However, I doubt this will affect next weekends’ Hop Festival in Yakima 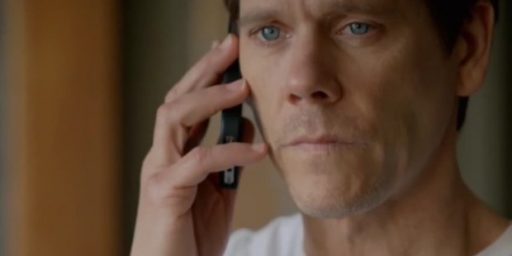 Three Hops and You’re Out