PolicyMic (“Watch As the Scientist Who Predicted Big Bang Theory Learns His Research Was Correct“):

Confirmations of hypotheses come from the accumulation of many little pieces of data, generated by experiment upon experiment, over long periods of time. And even when you think you have a breakthrough, there’s the laborious process of systematically ruling out counter theories before you can even begin to believe your own hype. Scientific discovery is a slow, careful process by necessity.

That’s why this video of Stanford Professor Andrei Linde hearing about new evidence for the rapid expansion of the universe after the big bang is so absolutely joyous.

In the video, Assistant Professor of Astrophysics Chao-Lin Kuo pays Linde a personal visit in his California home to surprise him with the news. Kuo was part of the team that uncovered the first evidence for cosmic inflationary theory — the rapid expansion of the universe that happened a fraction of a second after the big bang. Linde was one of the first scientists to propose inflationary theory back in the ’80s.

For those of you who, like me, didn’t get significance of the numbers the two scientists are bandying about, Lucky Tran translates:

When Kuo delivers the news, Linde seems initially startled with shock and disbelief. He keeps asking Kuo to repeat the figures: “5-sigma, r is .2.” Why are these numbers so important? Well in plain English, the r stands for “ratio,” and sigma is a measure of statistical accuracy.

The ratio is used to evaluate the strength of different models of the early universe by comparing the contribution of gravitational waves with other effects. A ratio of zero would mean that no gravitational radiation exists, ruling Linde’s inflation theory out. As for the sigma value, a statistical threshold corresponding to around 5 is a common standard of accuracy required to announce scientific discoveries.

So a non-zero r-value, with a sufficient sigma-value is elating news for Linde because it means that the data is accurate and supports his theoretical model for the early universe.

A human endeavor: When Kuo knocked on his door, Linde’s wife (who also is an astrophysicist) asked him if he was expecting a delivery. Afterwards Linde wonderfully remarked, “Yes, I ordered something 30 years ago, finally it arrived.” Poignantly, even after hearing the news of his life, Linde sticks to his scientific instincts — healthy skepticism. “If this is true, this is a moment of understanding of nature of such a magnitude that it overwhelms,” he says. “Let’s see, let’s just hope that it’s not a trick.” 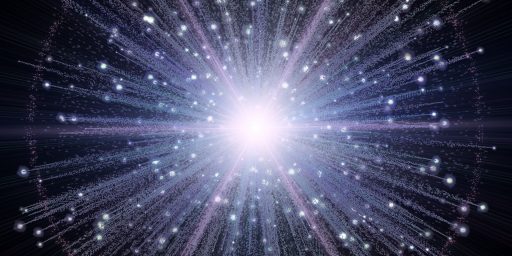 Majority Of Americans Don’t Believe In The Big Bang Theory 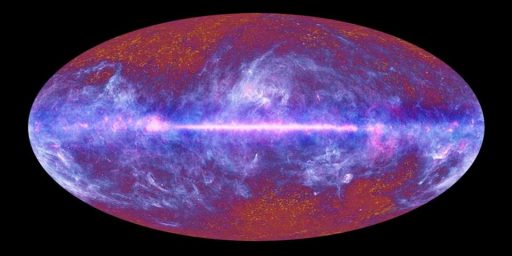