Bush: ‘Clinton and I Are Buddies’ 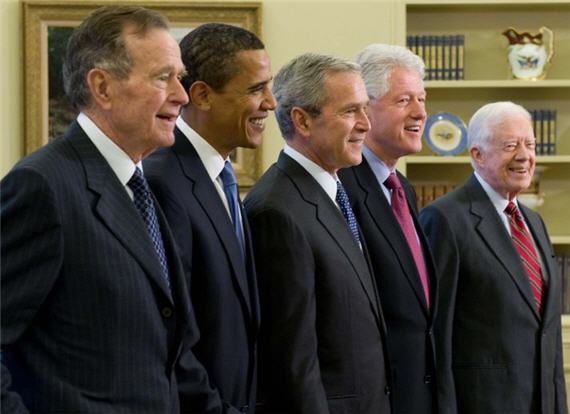 Despite some bitter campaign rhetoric, President Bill Clinton and both Presidents George Bush now get along famously.

“Who’da thunk it?” said Crowley. “That’s a pretty bipartisan – I mean, would have going into – I mean, you know, you’re out there restoring honor to the White House and ? ”

These men are professional politicians who have achieved enormous success in a brutal line of work.  They’ve had to play the “emphasize the differences, not the similarities” game and understand that the other fellow did the same.  And they’re both extraordinarily gregarious people who’ve taken a lot of abuse.

Bush 43’s sending his dad out with Clinton to raise money for Katrina relief was a brilliant stroke and Obama followed suit by pairing Clinton with the younger Bush on Haiti relief.  Not only did that put these men together in a situation where they were partners rather than having to score political points against one another but it highlighted how unique their experiences are.   We’re now down to four living ex-presidents and the Bushes and Clintons are 3/4 of their number.