While jackets and ties are becoming en vogue again in many firms, other companies are going in the other direction–allowing employees to wear shorts and flip-flops to the office to beat the heat.

Just as one of the hottest summers in years started to sizzle, a Peoria, Ill.-based insurer took a bold step for a conservative company in a staid industry: It let its employees wear shorts to the office. Not just any shorts on any day, mind you. They must be the type worn to church or the boss’ barbecue, according to RLI Corp. Vice President Mike Quine, and the temperature has to be at least 90. “It creates a little different kind of culture,” said Quine, whose “Condition 90” memo in June proved one of his most popular ever with employees. “It makes people more relaxed.”

During heat waves at least, shorts in the office are the new frontier of business casual, the relaxed style of garb that began often substituting for suits and ties in the late ’80s and early ’90s. While Fortune 500 corporations are sticking with the long-pants look, some smaller firms across the country have loosened their policies to the point where what once was appropriate for the beach or the ballpark now works in the office too. “Work can be challenging enough without oppressive heat and humidity,” explained spokesman Kevin Dugan of Cincinnati-based FRCH Design Worldwide, an architecture and design firm whose 175 employees are encouraged to wear shorts on particularly sweltering days.

“I tend to think shorts are too casual,” said CEO Peter Handal of Dale Carnegie Training, a Hauppage, N.Y.-based firm that trains corporations in management and workplace issues. “That’s just not businesslike.” The most casual Handal ever dresses at work is khakis and a shirt with a collar and no tie. In any case, shorts and tank tops are hardly necessary in an air-conditioned office, he noted. “If you want to come to work in a T-shirt because it’s ungodly hot, then you just put on another shirt when you get there,” he said.

Despite the authorization of shorts at a few companies, the overall trend toward more casual attire may be slowing down. More employers have drawn up formal dress codes to ensure that workers don’t push relaxed standards too far, and recent survey results show a desire among employers to see the work force adopt more conservative fashions. Handal sees evidence that companies are actually getting dressier in the last couple of years, with Fortune 500 and other large firms becoming more formal in their business dress.

Similarly, business etiquette expert Lydia Ramsey has noticed a swing back toward business professional attire and away from business casual among the companies that hire her because ultra-casual creates sticky issues. The problem, she said, is “a lot of skin” Ã¢€” a loosening of standards that extends all the way to men showing chest hair and women showing cleavage, with sandals and flip-flops galore. “In the last few years in the summertime, people really do let go,” said Ramsey, who owns the firm Manners That Sell in Savannah, Ga. “Some companies are really trying to go back in the other direction” because their clients aren’t comfortable with it, she said.

But the bounds of what’s professional dress are a bit fuzzy these days. “It’s a real touchy issue to call someone into the office and try to tell someone that they aren’t dressed properly,” Ramsey said. “No one wants to do that.”

While I’ve worn a tie to work even when it was not expected, for example as a college professor, appropriate attire really depends on the work situation. There’s probably no reason to ask people to maintain an expensive, less comfortable wardrobe if they do not meet customers on a regular basis.

My fiance works for a political polling firm that has a very relaxed dress code, including shorts and flip-flops during the summer months, that manages to be highly successful. But they seldom meet clients in the office and they dress appropriately when they go out and meet the public. 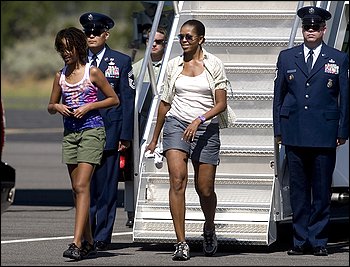