The Balled is Beautiful Edition OTB Caption ContestTM is now over. 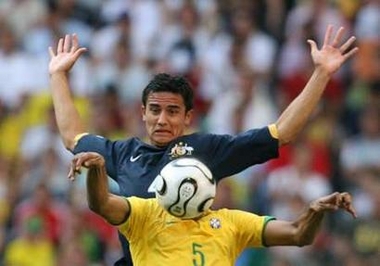 Second: Stormy Dragon – And thus the avatar of Ganesh became the greatest goalie in history of soccer.

Third: Maggie – The coach kept telling Felipe “be the ball, be the ball.” So he did.

Scott – Jeez, I didn’t think I could kick it that far up his ass!

elliot – What happens on the soccer field…. well is kind of weird.

Scott_T – Greenshirt: “I’m not touching a guy that can carry a ball with just his lips!”

Since this is a Christmas Soccer match, Menorah-man gets to play.

It takes balls to play soccer.

“…and I’d like to especially thank Tom Hanks, without whom, none of this would’ve been possible.”