The fo’ shizzle Edition OTB Caption ContestTM is now over. 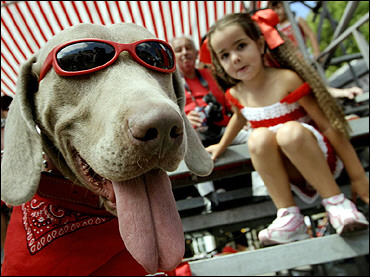 Second: Will Franklin – A drooling President Clinton tells reporters, “I get older, they stay the same age.”

Third: charles austin – Which is more likely, that the dog dressed itself or that the little girl already hates George Bush?

The Man – PETA would put this dog to sleep, even with the cool shades.

yetanotherjohn – How come its always the “cool” dogs that get the girls?

Hillary’s new dog was not just any ordinary talking dog, but was quite a cunning linguist. 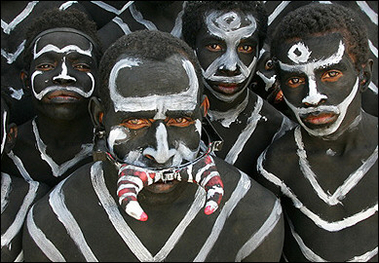