Tow PETA employees have been arrested for cruelty to animals.

(AP) – Two Hampton Roads employees of Norfolk-based People for the Ethical Treatment of Animals have been charged in Ahoskie, N.C., with animal cruelty after dumping dead dogs and cats in a shopping center garbage bin, police said Thursday.

Investigators staked out the bin after discovering that dead animals had been dumped there every Wednesday for the past four weeks, Ahoskie police said in a prepared statement.

Police found 18 dead animals in the trash bin and 13 more in a van registered to PETA. The animals were from animal shelters in Northampton and Bertie counties in North Carolina, police said. The two were picking up animals to be brought back to PETA headquarters for euthanization, PETA president Ingrid Newkirk said Thursday.

Local officials and veterinarians said they were told that PETA would find homes for the animals, not euthanize them. PETA has scheduled a news conference for Friday afternoon to discuss the charges.–emphasis added

Nice, eh? PETA tells people it will pick up animals and find homes for them, then takes them back to HQ to be euthanized then dumped in a dumpster behind a shopping center. And these dingleberries have the audacity to tell me meat is murder.

PETA euthanizes animals by lethal injection, which it considers more humane than gassing groups of animals, as poor counties are forced to do, O’Brien said.

“PETA has provided euthanasia services to various counties in (North Carolina) to prevent animals from being shot behind a shed or gassed in windowless metal boxes, both practices that were carried out until PETA volunteered to provide a painless death, free of charge,” Newkirk said.

Gee that’s great, but uhhmmm…why are you lying to people saying you’ll find homes for these animals?

But veterinarian Patrick Proctor said that authorities found a female cat and her two “very adoptable” kittens among the dead animals. He said they were taken from Ahoskie Animal Hospital.

“These were just kittens we were trying to find homes for,” he said. “PETA said they would do that, but these cats never made it out of the county.”

Well, I guess I can just tune out the sanctimonious crap from PETA from now on. I think today, I’ll go have some beef in tribute to PETA. 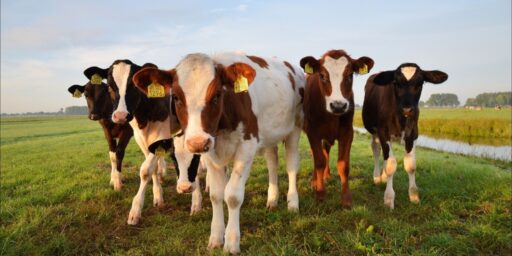