Last week’s OTB Caption ContestTM has concluded. The winners are revealed in the extended entry. 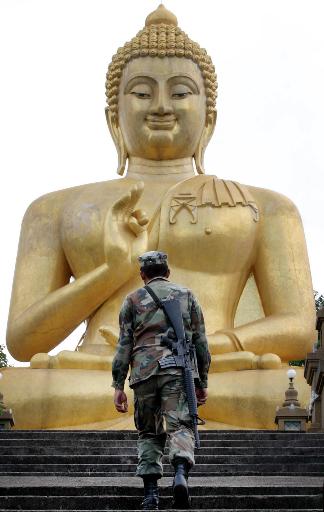 1st: Rodney Dill – Once Raoul decided to join the war against Islam he decided to take his fight right to the top. Unfortunately though, for all concerned, Raoul did not know one eastern religion from the other.

2nd: Christopher Cross – The climactic scene from the Buddhist remake of “Rocky”