The Stunner #1 SuperStar Edition OTB Caption ContestTM is now over. 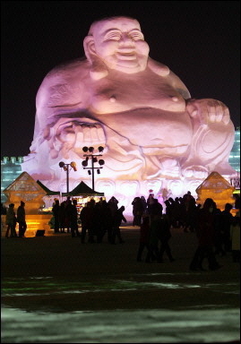 Second: The Man – As you can see, Kirstie Alley is really popular in China.

Mark – Wow, Martha, you were right. It IS obvious which house belongs to Louie Anderson.

Brandon Jaynes – Is it cold in here or is it just me?

spacemonkey – Buddhzilla is finally defeated due to his sensitive skin. His strength failing, he sits on the village of Big Ol Pot, near yellow river, and thanks to Buddhzilla, home of brown mountain.

“I don’t care! If he polls better’n Hillary, he’s runnin'”

A Chinese Corporation’s marketing for the newly introduced Budd-cicle, has drawn the ire of US based Anheuser-Busch.

I wonder if he’s soluable 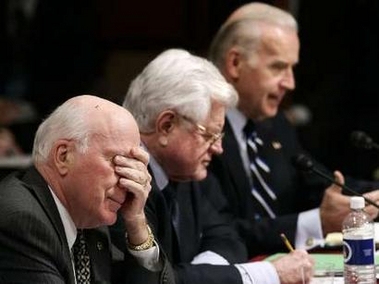 Thursday contest is confirming our worst fears of the Senates’ intelligence.