Caroline Kennedy’s “personal reasons” for dropping a bid to a Senate post for which she was demonstrably unsuited had something to do with taxes and a servant, according to the most poorly reported New York Times article I can recall having read. This is the lede: Problems involving taxes and a household employee surfaced during the vetting of Caroline Kennedy and derailed her candidacy for the Senate, a person close to Gov. David A. Paterson said on Thursday, in an account at odds with Ms. Kennedy’s own description of her reasons for withdrawing.

The remaining two dozen or so paragraphs add absolutely nothing to the story.  I can only surmise it was edited by Mexican telecommunications titan Carlos Slim Helu.

Otherwise, without anything but my own imagination to go on to fill in the details, I can only ask the obvious question:  What is it with incredibly wealthy Democratic aspirants to high office that they can’t pay their damn taxes?!

Perhaps she relied on TurboTax?

It occurs to me that something this awful should be memorialized, lest it be erased.  Herewith, the remainder of the piece:

The account emerged 14 hours after Ms. Kennedy announced that she was taking her name out of contention for the Senate seat vacated by Hillary Rodham Clinton, and as Mr. Paterson, according to two well-placed Democrats told of his thinking, was leaning toward selecting Representative Kirsten E. Gillibrand, an upstate lawmaker in her second term in Congress. Mr. Paterson has scheduled a news conference at noon Friday in Albany to announce his choice.

Hard feelings toward Ms. Kennedy were clearly building among the governor’s staff on Thursday, after a dramatic evening in which she was reported to be dropping out, then wavering, then ultimately, shortly after midnight on Thursday, issuing a statement ending her candidacy.

The person close to the governor said Mr. Paterson “never had any intention of picking Kennedy” because he had come to consider her unready for the job. The person did not describe the exact nature or seriousness of the tax and household employee issues.

But other Democratic operatives and people who talked to the governor disputed that account, and said that he had all but decided to select Ms. Kennedy as senator, and that his staff was arranging a press conference for late this week.

An aide to Ms. Kennedy said Thursday that while Ms. Kennedy had not been told for certain that she was the choice, there were strong indications that she would be.

During the early afternoon Wednesday, the aide said, Ms. Kennedy became aware of what the aide referred to as a “personal situation” that could prevent her from fulfilling her duties as senator. The personal situation was not related to the seizure that her uncle, Senator Edward M. Kennedy, suffered during an inauguration luncheon on Tuesday, the aide said, declining to be more specific.

Another aide to Ms. Kennedy, while not denying there were issues that emerged during her vetting, said that there was nothing that surfaced that would disqualify her from the appointment, and that the Kennedy camp and the governor’s operation had been discussing how to publicly disclose the issues.

Virtually no one in state politics on Thursday was willing to make a bet on the appointment the unpredictable governor might make in the end. And the governor and his aides remained shocked at the recent turn of events and stung by criticism of their handling of the process. They have maintained almost complete silence since Wednesday afternoon.

Several people who have spoken to the governor said he had decided on Ms. Kennedy some time ago. A Democrat operative with ties to Mr. Paterson said the governor told Ms. Kennedy last week that she was the choice, but that he would use the next few days to do “a little misdirection to keep the suspense up.”

A person close to the governor adamantly denied that assertion.

“The fiasco of the last 24 hours reinforced why the governor never intended to choose her,” the person said.

“He was saying she was a contender, she was involved, and things were going the way they were going,” the aide said. “He did not tell her either way that it was yes or no, but that she was still being considered.”

At that point, the aide said, Ms. Kennedy began consulting with friends and family. Around the same time, news outlets, including The New York Post and The New York Times, began reporting that Ms. Kennedy had withdrawn.

The Paterson administration initially refused to respond to reporters. When they did, Errol Cockfield, a spokesman for Mr. Paterson, said in a very brief interview around 7 p.m. that the governor had called reports that Ms. Kennedy was withdrawing “just the rumor of the day.”

But at the time, according to Ms. Kennedy’s aide, the governor and Ms. Kennedy had already spoken about the possibility of her withdrawing. And a little over an hour later, Mr. Cockfield asked that the statement not be published.

Ms. Kennedy’s own political advisers appeared at times to be unable to reach her on Wednesday night. At one point, Ms. Kennedy was drafting a statement reaffirming her interest in the seat. But the aide said that Ms. Kennedy ultimately concluded that she would go ahead with her plan to withdraw.

Between 10 and 11 p.m., the aide said, Ms. Kennedy called the governor to thank him for giving her time to think it over and definitively withdrew from the race.

In a statement sent by e-mail at 12:03 a.m. Thursday, Ms. Kennedy announced she was withdrawing from the race for personal reasons.

“I informed Governor Paterson today that for personal reasons I am withdrawing my name from consideration for the United States Senate,” the statement said.

The Senate selection, and Ms. Kennedy’s withdrawal, eclipsed all other issues in the capital on Thursday. Mayor Michael R. Bloomberg traveled to Albany to address lawmakers about the state budget, but reporters asked him only for his reaction to Ms. Kennedy’s actions. Mr. Bloomberg had supported her candidacy.

“I’ll probably give her a call today and say, my thoughts are with you,” the mayor said. “I wish her all the best and I think she should continue to stay involved in public service. She’s a great New Yorker and her husband is a really nice guy that I like.”

Assemblyman Carl E. Heastie, the chairman of the Democratic Party in the Bronx, met with Ms. Kennedy last Friday and heard her pitch.

“She told me why she thought she’d be the best senator and we talked about politics in general, her family, it was a good meeting,” he said, adding of the latest development, “nothing surprises me in politics.”

Truly, a thing of beauty. 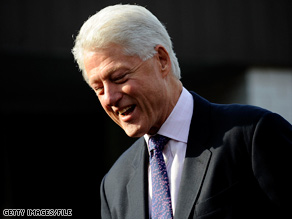