The latest reports about the circumstances surrounding the payoff to Stormy Daniels could pose big problems for Michael Cohen and his client. 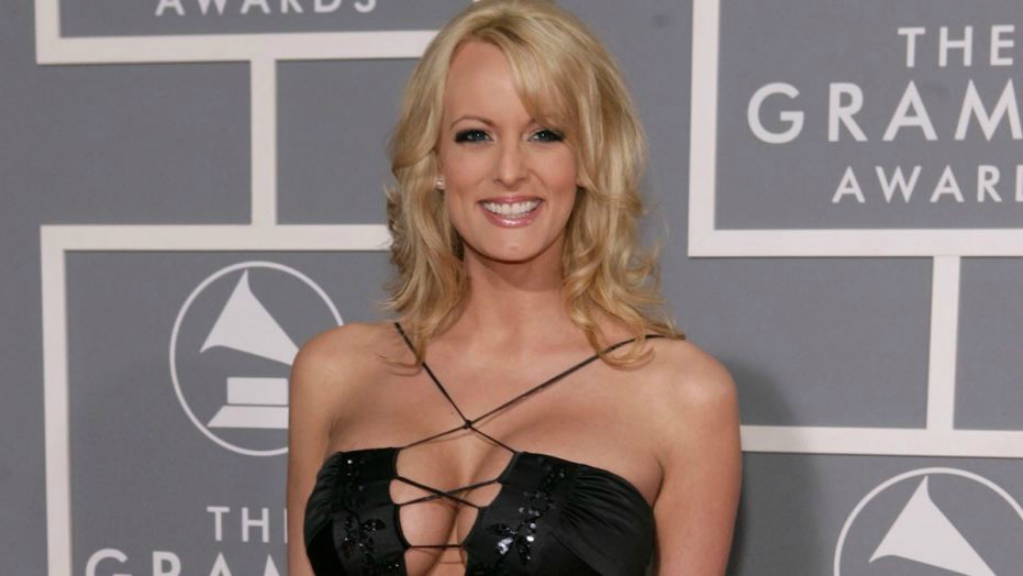 Late last week, The Wall Street Journal  ran a report containing some new information about the hush money paid to adult film actress Stormy Daniels that, if true, could lead to serious legal problems for Michael Cohen and, potentially, his most important client:

Michael Cohen initially balked at the idea of buying the silence of a former adult-film star who says she had sex with Donald Trump, but he did an about-face after a video of Mr. Trump talking about groping women became public in October 2016.

A day after the recording surfaced of outtakes of Mr. Trump speaking to a host of NBC’s “Access Hollywood,” Mr. Cohen, then Mr. Trump’s senior counsel, told a representative for the performer that he was open to a deal, according to a person familiar with the conversation.

Within days, Stormy Daniels, whose given name is Stephanie Clifford, signed a nondisclosure agreement that provided her $130,000 for her silence. Mr. Cohen had resisted paying Ms. Clifford when it was floated in September 2016, the person said.

Federal prosecutors in New York view the “Access Hollywood” tape as a trigger that spurred Mr. Cohen to bury potentially damaging information about his boss, as they investigate whether the payment amounted to an illegal, in-kind contribution or an expenditure that should have been disclosed by the campaign, people familiar with the matter said.

A spokesman for the Manhattan U.S. Attorney’s office declined to comment.

Mr. Cohen, who served as Mr. Trump’s personal attorney after leaving the Trump Organization, is under investigation for potential violations of campaign-finance laws, as well as possible tax fraud, bank fraud and illegal lobbying, The Wall Street Journal has previously reported.

A campaign-finance charge would require prosecutors to prove the payment to Ms. Clifford was meant to help Mr. Trump prevail in the coming presidential election. Individual political contributions are capped at $5,400 per election cycle, and corporations are barred from giving directly to candidates.

Trying to understand the events involving President Trump, Michael Cohen and Stormy Daniels and the potential impact on the presidency? WSJ’s Michael Rothfeld and Joe Palazzolo are here to focus on what’s important: the money trail. Photo: Getty Images

Lanny Davis, one of Mr. Cohen’s attorneys, said that, under the advice of counsel, he can’t comment on “any matters even possibly remotely related to those that might be under investigation.”

The White House didn’t respond to a request for comment.

As election law expert Rick Hasen noted at Slate, the apparent link between the release of the Access Hollywood tape and the deal with Daniels could prove to be significant:

Cohen’s payment to Daniels, if motivated to help the campaign, would be a likely campaign finance violation. Depending on his motive, either Cohen made an excessive and unreported “in kind” contribution to the campaign—by funding a payment in excess of the $2,700—or Cohen made an unreported loan to the campaign which the Trump campaign should have reported. If Trump knew about it at the time, Trump could be implicated in a conspiracy with Cohen.

The problem with this case, as in the 2012 case against John Edwards for payments by supporters to his mistress, is the question of whether the funds were campaign-related. Edwards’ defense was that his payments were personal to help his relationship with his wife—not campaign related—an argument that led to Edwards being acquitted on one charge and the jury deadlocked on the others.

So too it could be with the Cohen-Daniels payment. If Cohen intended the payment to preserve Trump’s relationship with his wife Melania, for example, rather than to bolster the campaign, then there would be no campaign finance violation. As I have been saying for a while, the case could turn on whether there is documentary evidence indicating an intent one way or the other.

The Journalreports federal prosecutors view the release of the “Access Hollywood” tape as the “trigger” for Cohen’s payments to Daniels.

That’s a big deal. Two important Republican election lawyers have attempted to set a high bar for how to tell when a payment in this context might be campaign-related rather than personal. Charlie Spies told the Journal in February that the payment to Daniels was “an expense that would exist irrespective of whether Mr. Trump was a candidate and therefore should not be treated as a campaign contribution.” And former Federal Election Commission chair Brad Smith wrote in an April op-ed in the Journal that “FEC regulations explain that the campaign cannot pay expenses that would exist ‘irrespective’ of the campaign, even if it might help win election. At the same time, obligations that would not exist ‘but for’ the campaign must be paid from campaign funds.”

Even under these tough standards for what counts as campaign-related, the proof of the timing would be damning for Cohen. Why should Cohen not care a whit about protecting Trump’s reputation in his wife’s eyes in September 2016, but be anxious to close the deal—and shut Daniels up—right as the campaign faced a crisis involving allegations of Trump’s treatment of women? The Daniels payment was not an expense that existed until the campaign needed it. But for the campaign, it seems that Cohen would not have paid.

The payment to Daniels has gotten attention largely thanks to the salacious details that Daniels has revealed about her relationship with Trump and the fact that the President’s statements on the matter have been, shall we say, inconsistent. However, as I’ve noted in the past, there are potentially serious legal consequences involved here as well that could come back to bite both Cohen and Trump. Additionally the recent revelations about what the President may have known about the payment from Cohen to Daniels, when he knew it, and the apparently now established fact that he ultimately reimbursed Cohen for the payment could give investigators grounds to expand the investigation of Trump’s personal and business finances both in connection with the Cohen investigation in New York and the investigation being led by Robert Mueller into Russian interference with the 2016 election and ties between the Trump campaign and Russian official.

The most paramount legal implication comes from the potential violation of campaign finance laws. If it can be established that the payment to Daniels was made primarily out of the fear that her allegations could become public immediately prior to the 2016 election then that payment could be interpreted as being an illegal in-kind campaign contribution. In that respect, these revelations are potentially quite significant if they turn out to be accurate. From the report, it seems as though Cohen (and by extension Trump) rejected the idea of making any kind of payment when initially approached by the lawyer that was representing Daniels in September 2016 but that they significantly changed their tune after the release of the Access Hollywood tape, which was quickly followed by a group of women that ended up numbering nearly two dozen who accused then-candidate Trump of having sexually harassed them in the past. The immediate impact of those revelations, of course, was exceedingly negative for Trump’s campaign. Not only did it lead many Republicans to openly attack their party’s nominee less than a month before Election Day but it also had a measurable impact on the polling that was only reversed by the release of the letter regarding reopening the Clinton email investigation that James Comey sent to Congress about two weeks later. As Hasen notes, this makes it highly probable that the payment to Daniels was meant to protect Trump the candidate and the Trump campaign, not to protect Trump the person or the Trump marriage. If that’s the case, then the payment would seem to clearly fall within the kind of illegal in-kind campaign contribution that the election laws contemplate.

Also important in this regard are the various ways in which the “official” story about the payment to Daniels has changed over the course of the year and how each change has brought the issue closer and closer to the President himself.  When the Daniels story first broke, Trump, Cohen, and the White House were all on the same page regarding the supposed facts of the transaction that resulted in the payoff to Daniels. According to this narrative, the President and those around him were totally unaware of the agreement Cohen entered into in October 2016 notwithstanding the fact that the original agreement was intended to be between Daniels, a Delaware Limited Liability Company opened by Cohen for seemingly the sole purpose of making the payment to Daniels, and Trump. Cohen went on to claim that he had made the payment of $130,000 on his own and that he obtained the proceeds by taking out a personal loan and that he was never reimbursed for this payment.

All of this began to fall apart in May of this year though, when Rudy Giuliani, who had at that point only recently joined the President’s legal team, appeared on Fox News Channel and revealed, to the surprise of many, that not only did the President know about the payoff to Daniels but that he had reimbursed Cohen for the $130,000 that was paid to Daniels. A week later, the President released an updated financial disclosure in which he acknowledged having reimbursed Cohen beginning late in 2016 and continuing into the beginning months of his time as President. These reports were later substantiated by the report that Cohen had recorded his conversations with the President regarding a separate payoff to Playboy model Karen McDougal, which took place at roughly the same time as the Daniels payment. In both cases, it seems clear from the context that the intent of the payment was to protect the campaign, which would mean both payments violate applicable campaign finance laws.

In addition to potential violations of campaign finance laws, there are also other potential legal issues that could be implicated by the way the payment to Daniels was structured, and the way the reimbursement to Cohen was structured. These include potential money laundering charges as well as fraud charges related to the failure to reveal the true source of the payments. Since Cohen apparently used a loan to get the initial funds to pay Daniels, then there could also be potential bank fraud charges as well as income tax issues that could have implications for Cohen, Daniels, and Trump. Finally, the manner in which Cohen acted in connection with this transaction seems to clearly violate several provisions of the disciplinary rules that govern attorneys licensed to practice law in New York, most especially those that prohibit attorneys from advancing anything other than costs of n (i.e., filing fees, deposition costs, expert witness fees, etc) on behalf of their client. Finally, The New York Times is reporting that Cohen is the target of an investigation regarding bank fraud to the tune of some $20 million. This isn’t an issue for Trump, of course, but it is another potential headache for Cohen that could factor into any decision on his part about whether or not he should cooperate with prosecutors and enter into some kind of plea agreement.

Update: Late on the afternoon of August 21st, Michael Cohen pled guilty to a number of counts, including two related to the payoffs to McDougal and Daniels.