In the American Lung Assn.’s 2014 national State of the Air survey, the L.A.-Long Beach area ranked worst in terms of ozone concentrations and third worst in terms of particulates as measured by the standard known as PM2.5, which captures particles so small they can be seen only with an electron microscope.

But if L.A. were in China, it would be cleaner than all 74 major cities tracked in 2013 by the Chinese Ministry of Environmental Protection, based on PM2.5 levels.

And because charts are cool (and telling): 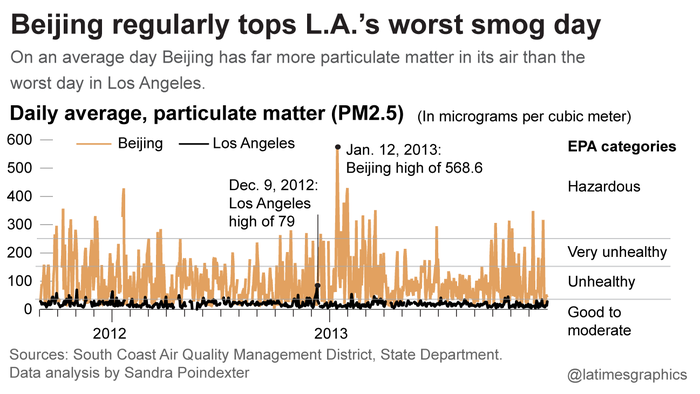