A bipartisan bill will protect the tax preparation industry at the expense of the citizenry.

An institution that has become best known for its inability to get anything done has managed to put aside partisan bickering to pass legislation that their constituency not only didn’t ask for but surely doesn’t want.

Just in time for Tax Day, the for-profit tax preparation industry is about to realize one of its long-sought goals. Congressional Democrats and Republicans are moving to permanently bar the IRS from creating a free electronic tax filing system.

In one of its provisions, the bill makes it illegal for the IRS to create its own online system of tax filing. Companies like Intuit, the maker of TurboTax, and H&R Block have lobbied for years to block the IRS from creating such a system. If the tax agency created its own program, which would be similar to programs other developed countries have, it would threaten the industry’s profits.

“This could be a disaster. It could be the final nail in the coffin of the idea of the IRS ever being able to create its own program,” said Mandi Matlock, a tax attorney who does work for the National Consumer Law Center.

Experts have long argued that the IRS has failed to make filing taxes as easy and cheap as it could be. In addition to a free system of online tax preparation and filing, the agency could provide people with pre-filled tax forms containing the salary data the agency already has, as ProPublica first reported on in 2013.

The Free File Alliance, a private industry group, says 70% of American taxpayers are eligible to file for free. Those taxpayers, who must make less than $66,000, have access to free tax software provided by the companies. But just 3% of eligible U.S. taxpayers actually use the free program each year. Critics of the program say that companies use it as a cross-marketing tool to upsell paid products, that they have deliberately underpromoted the free option and that it leaves consumer data open to privacy breaches.

The congressional move would codify the status quo. Under an existing memorandum of understanding with the industry group, the IRS pledges not create its own online filing system and, in exchange, the companies offer their free filing services to those below the income threshold.

ProPublica, “Congress Is About to Ban the Government From Offering Free Online Tax Filing. Thank TurboTax.”

While there is, generally speaking, a strong argument for keeping government agencies from competing with private industry I don’t see how it applies in this case. After all, the only reason people have to file taxes to begin with is to fund the government. Beyond that, one would think the IRS would have a fundamental interest in making it easy for people to simply and accurately file their taxes. 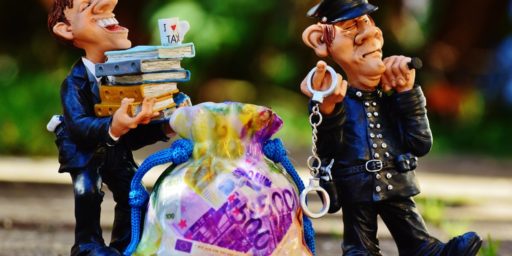 Complexity Tax: Tax Code is Its Own Tax