Some researches at Oregon State may have discovered a cure for gay sheep.

SCIENTISTS are conducting experiments to change the sexuality of “gay” sheep in a programme that critics fear could pave the way for breeding out homosexuality in humans. The technique being developed by American researchers adjusts the hormonal balance in the brains of homosexual rams so that they are more inclined to mate with ewes.

This brings to mind an old joke by the late Lewis Grizzard: “The Agriculture Department at Clemson has just discovered a new use for sheep: Wool.”

The politics of this case are only slightly less funny:

It raises the prospect that pregnant women could one day be offered a treatment to reduce or eliminate the chance that their offspring will be homosexual. Experts say that, in theory, the “straightening” procedure on humans could be as simple as a hormone supplement for mothers-to-be, worn on the skin like an anti-smoking nicotine patch.

The research, at Oregon State University in the city of Corvallis and at the Oregon Health and Science University in Portland, has caused an outcry. Martina Navratilova, the lesbian tennis player who won Wimbledon nine times, and scientists and gay rights campaigners in Britain have called for the project to be abandoned. Navratilova defended the “right” of sheep to be gay. She said: “How can it be that in the year 2006 a major university would host such homophobic and cruel experiments?” She said gay men and lesbians would be “deeply offended” by the social implications of the tests.

Do sheep have rights? Is being gay among them? If so, doesn’t that have implications for the common practice of castrating livestock and house pets?

But the researchers argue that the work is valid, shedding light on the “broad question” of what determines sexual orientation. They insist the work is not aimed at “curing” homosexuality. Approximately one ram in 10 prefers to mount other rams rather than mate with ewes, reducing its value to a farmer. Initially, the publicly funded project aimed to improve the productivity of herds.

The scientists have been able to pinpoint the mechanisms influencing the desires of “male-oriented” rams by studying their brains. The animals’ skulls are cut open and electronic sensors are attached to their brains. By varying the hormone levels, mainly by injecting hormones into the brain, they have had “considerable success” in altering the rams’ sexuality, with some previously gay animals becoming attracted to ewes.

Professor Charles Roselli, the Health and Science University biologist leading the research, defended the project. He said: “In general, sexuality has been under-studied because of political concerns. People don’t want science looking into what determines sexuality. “It’s a touchy issue. In fact, several studies have shown that people who believe homosexuality is biologically based are less homophobic than people who think that this orientation is acquired.”

The research is being peer-reviewed by a panel of scientists in America, demonstrating that it is being taken seriously by the academic community.

Potentially, the techniques could one day be adapted for human use, with doctors perhaps being able to offer parents pre-natal tests to determine the likely sexuality of offspring or a hormonal treatment to change the orientation of a child. Roselli has said he would be “uncomfortable” about parents choosing sexuality, but argues that it is up to policy makers to legislate on questions of ethics.

Michael Bailey, a neurology professor at Northwestern University near Chicago, said: “Allowing parents to select their children’s sexual orientation would further a parent’s freedom to raise the sort of children they want to raise.”

D.A. Ridgely, who has a different variation of the sheep joke in mind, has a thoughtful discussion of this jumping off from Bailey’s comment.

I certainly would not attempt to change or pressure someone into changing his or her already established sexual orientation, though I’d be okay with people who wished to do so themselves to have the option available to them. On the other hand, if there was a relatively safe and effective method of ensuring that my own unborn or newborn child would be heterosexual, I’m inclined to think I would okay the procedure. Does that count as some sort of homophobia? I don’t think so any more than, say, ensuring my child was not born deaf would constitute prejudice against deaf people in general.

That’s pretty much my take as well. One can simultaneously take the position that one would prefer that one’s child not have a certain condition and yet recognize that those with said condition should be accepted as morally equal human beings.

We saw in both the recent controversy at Gallaudet University and the backlash when the late Christopher Reeve tried to recover his ability to walk that people with what we generally consider “handicaps” often develop a strong culture, including an emotional response to the idea that they should be “cured.” Yet, it seems perfectly obvious from an objective standpoint that being deaf or quadriplegic are things one would wish to avoid if possible.

Is being gay tantamount to being deaf? My instinct is that it is not, since it impacts a much more narrow range of the human experience. At the same time, would I choose for my kids to be gay? Absolutely not. There are plenty of disadvantages that come with it and no obvious upside. If they turned out to be gay, though, they would continue to have my love and support.

If one believes homosexuality a function of biology rather than choice–and that’s my understanding–then ostracizing those with that orientation is self-evidently wrong. What, though, if one could “treat” homosexuality by taking medication, as one might for depression or high blood pressure? Would that change the cultural dynamic? It’s an interesting question.

UPDATE: Michael Demmons provides a thoughtful response. Most notably, he observes, “[T]he only ‘downside’ to being gay has nothing to do with being gay in and of itself. It has to everything do with perfectly changeable attitudes of straight people.” Henry Lewis also chimes in, adding, “There is no disadvantage to being gay that isn’t created by the narrow-mindedness of others.”

Certainly, the social reaction of others, whether from religious training or simple bigotry, is a major obstacle. That alone, frankly, would be enough for me to not wish being gay on my prospective children. That people shouldn’t react differently to gay people doesn’t mean that they don’t.

Still, as Ridgely notes, that’s not the only “downside” of having gay children. Straight offspring are quite likely to get married and procreate, providing the joys of grandfatherhood and whatever vestigal benefit comes from continuing the family line. Gays sometimes do that as well, of course, and they can always adopt. But it’s not quite the same thing. 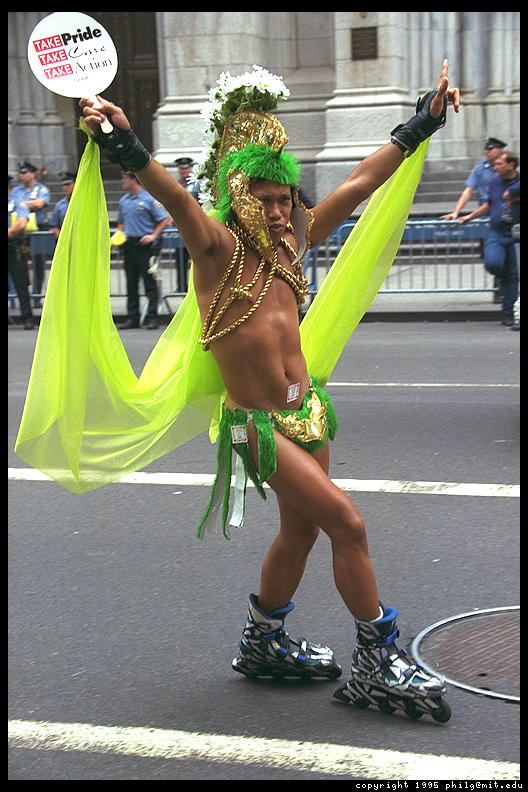