Although Danica Patrick got plenty of publicity for her season in the IRL, she certainly doesn’t want much for her wedding. The 23-year-old driver, who finished fourth in the Indy 500, and physical therapist Paul Hospenthal, 40, were married Saturday in Scottsdale, Ariz. Team spokesman Brent Maurer said Patrick has asked Rahal Letterman Racing to release virtually no information on the ceremony. Maurer could only confirm Tuesday that Patrick was married and that car owner Bobby Rahal was there.

Though she is accustomed to driving at 200-plus mph, Patrick told People magazine this year that one of her favorite things is sharing life in the slow lane with Hospenthal and their miniature schnauzer, William Robert, called Billy. “She’s kind of a TV junkie,” who also enjoys barbecuing and working out, Hospenthal told the magazine. “But you won’t see her watching much racing.”

Patrick met Hospenthal while seeking treatment for a hip injury from a yoga session.

It’s rather ironic that a car racer gets injured doing yoga. Indeed, I thought the whole point of yoga was that it’s easy on the body. 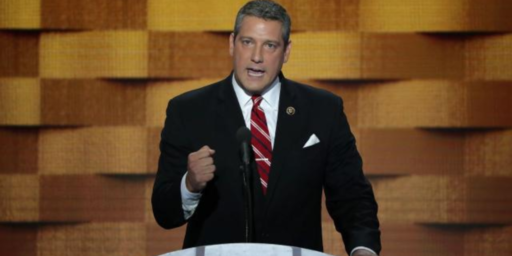