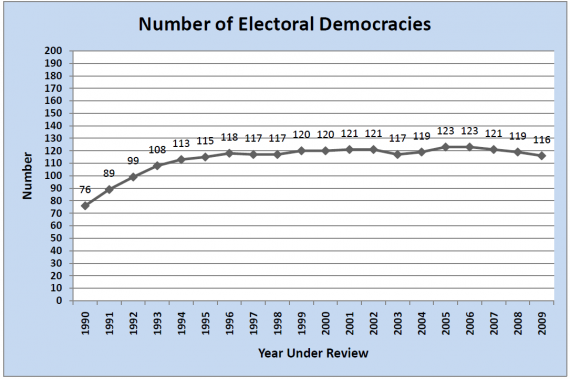 If I’m reading this op-ed from Danielle Pletka and Thomas Donnelly correctly it sounds like they don’t want the Republican party (or the Tea Party) to cut defense spending. Which is fine, so far as it goes. But they also seem to insist that the desire not to cut defense spending is somehow tied to protecting “freedom” at home and abroad.

Is there a correlation between U.S. defense spending and global freedom? There doesn’t appear to be: in the period 1990-2000, as U.S. defense budgets fell, the number of countries ranked “free” by Freedom House grew slightly. Since 2000, as defense budgets grew, the number of countries ranked “free” stayed pretty much the same – the trend lines toward greater global freedom had actually turned negative during the years 2006-2009.

In other words, if you want to make an argument for why the U.S. should continue to devote plus or minus X amount of dollars to defense expenditures, I don’t think “freedom” has much to do with the case one way or the other.

My initial response to this was a tweet that this was “Possibly the dumbest piece ever on RCW.” This prompted RCW editor Kevin Sullivan to ask for “more of a counter-argument than that.”   So, I elaborated at great length in a New Atlanticist piece titled “Freedom and Defense Spending” which is replete with twenty seven eight-by-ten color glossy photographs with circlesand arrows and a paragraph on the back of each one explaining what each one was to be used as evidence against Scoblette. Or, at least, some charts cribbed from the same Freedom House report.

Now, there are some pretty interesting arguments in support of the position that our massive defense spending isn’t increasing our freedom in any meaningful way.   Indeed, Republican skeptics like myself seem to be the primary target of the Pletka and Donnelly op-ed.   But it has to be addressed on its own terms. 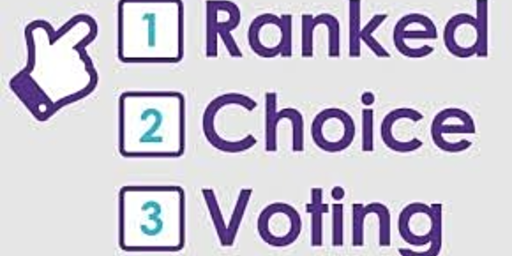