Tomorrow night, the European Union will have its first-ever president.  Time’s Leo Cendrowicz reports that few Europeans much care, perhaps because they have no voice in the selection.

In my New Atlanticist essay “Europe’s President Selected, Not Elected,” I both marvel at the fact that Europeans “not only have no direct voice in choosing the leader but don’t even know who the likely candidates are a day before the announcement is made” and argue that the person who holds the office first will, as with George Washington here, “have enormous power to shape the position.”

My personal favorite would be Tony Blair, although I assess his chances at being selected as virtually nil.  Former Latvian president Vaira Vike-Freiberga is a more plausible winner, who would be an excellent choice for reasons Caroline Hammargren outlines. 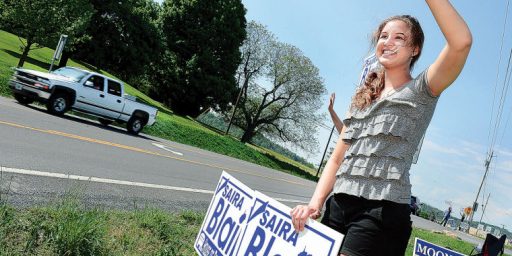