David Brooks‘s column points out several interesting initiatives that are floating around GOP circles. Most notable:

Frist set out a clear goal, that “all Americans should have the security of lifelong affordable access to health care.” He embraced some guiding principles, that the system should be consumer-driven, etc. Then he laid out six policy proposals, including “Healthy Mae” organizations (which would be like Fannie Mae to share insurance risks) and setting up tax-free health I.R.A.’s for old-age costs.

Matt Yglesias is a bit baffled:

Now I don’t have the foggiest idea what “like Fannie Mae but for health insurance” could possibly mean (this strikes me as on a par with “like the Marines, but aimed at ending homelessness” — the first thing is a popular institution and the second thing is a social problem we’d like to end, so why not mention them in the same sentence?), but do we really want to model our health care system around a housing corporation whose dubious financial health threatens to bring the American economy to its knees of home prices ever fall?

Well, from the Fannie Mae FAQs, we learn,

By raising funds from U.S. and global investors and dispersing risk on mortgage assets, Fannie Mae works to keep low-cost capital flowing to mortgage lenders across the nation, in all communities, under all economic conditions, at the lowest mortgage rates in the housing finance market.

We do that by providing financial products and services that make it possible for low-, moderate- and middle-income families to buy homes of their own. Since Fannie Mae began in 1968, we have helped more than 61 million families achieve the American dream of homeownership.

Fannie Mae is a private, shareholder-owned company that works to make sure mortgage money is available for people in communities all across America. We do not lend money directly to home buyers. Instead, we work with lenders to make sure they don’t run out of mortgage funds, so more people can achieve the dream of homeownership. We are the country’s second largest corporation, in terms of assets, and the nation’s largest provider of funds for home mortgages. With a book of business of $2 trillion, we are one of the largest financial services corporations in the world.

Fannie Mae operates exclusively in the secondary mortgage market, where we help to ensure that money for mortgages is available to home buyers in every state across the country, every day. And we do this in two ways. First, we purchase mortgages from lenders and hold those mortgages in our portfolio. The lenders, in turn can use that money to make more mortgages for more home buyers. Second we issue what are known as Mortgage-Backed Securities (MBS) in exchange for pools of mortgages from lenders. These MBS provide the lenders with a more liquid asset to hold or sell. Fannie Mae MBS are highly liquid investments and are traded on Wall Street through securities dealers.

It’s currently headed by Franklin Raines, formerly Bill Clinton’s budget director. Frankly, I’m not smart about the issues to figure out exactly how to translate this into the health care arena–Bill Frist is–but presumably it would involve spreading the risk pool out so that private insurers could take on high risk patients without worrying about the bottom line. It’s an interesting concept. I’d prefer a system that was entirely privatized on the business end but that had some sort of government backing to make sure that people continue to receive coverage when they transition between jobs, from work to retirement, or become unable to work.

The idea of putting the Marines in charge of the homeless problem had never occured to me but, now that Matt mentions it, it sounds promising. 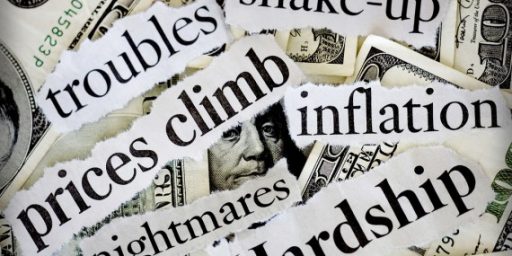