Georgia is in a border dispute with a neighboring state, but it's not the Georgia you're thinking of. 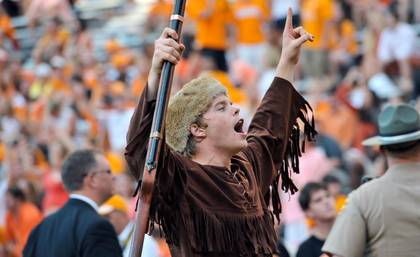 Georgia senators today passed a resolution calling for the correction of survey areas along the state’s northern border in a 48-2 vote, a news release states.

“The Tennessee Valley Authority has identified the Tennessee River as a likely source of water for North Georgia,” said Sen. David Shafer, R-Duluth, as he presented the resolution. “Yet the state of Tennessee has used mismarked boundary lines to block our access to this important waterway.”

Georgia House Resolution 4 proposes a settlement of the boundary dispute, based on almost 200-year-old survey errors, clarifying Georgia’s access to Tennessee River water. It directs the state’s attorney general to sue to gain control of the entire area south of the 35th parallel if no agreement is reached with Tennessee, the Georgia Senate Press Office release states.

My guess is that this will stop short of gunfighting. But, if Georgia succeeds in taking over the Tennessee River–whose name should be something of a clue–there’s no telling where this ends. There are a lot of Georgia Bulldogs fans in Chattanooga. And East Tennessee is on Eastern time, while the rest of the state is on Central time.

via Zach Beauchamp, who Tweeted, “Georgia is in a border dispute with a neighboring state, but it’s not the Georgia you’re thinking of.” I knew damn well which Georgia. But I figured it was the decades-old dispute with Alabama and Georgia over access to water from the Chattahoochee River.

FILED UNDER: Law and the Courts, Alabama, Georgia, Tennessee