22 years ago today, I was battalion duty officer for the 1/27 Field Artillery in Babenhausen in what, a few hours earlier, was West Germany.

22 years ago today, I was battalion duty officer for the 1/27 Field Artillery in Babenhausen in what, a few hours earlier, was West Germany. Admiral Jim Stavridis, the current SACEUR, reminded me of that anniversary (along with how damned old I’m getting; thanks, Admiral) today via Twitter.

The main thing I remember from that day was that, while the day was a training holiday for those of us not tagged for staff duty, a directive went out at closing formation the evening before that those of us who had to drive in to post should do so in civilian clothing and change into our uniform once we got there. There was evidently some concern that of the uniform somehow igniting latent nationalist resentments or some such. So far as I’m aware, the concern was unwarranted.

This hangs on my office wall: 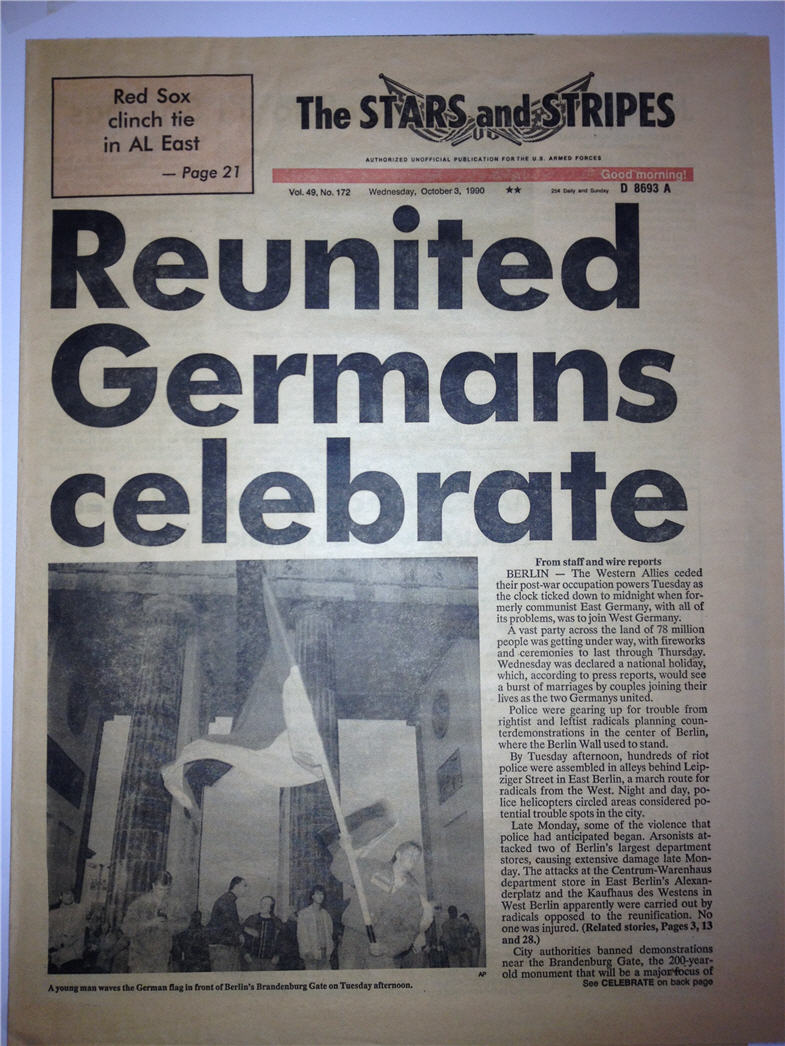