The nine months humans spend in the womb may be the most important time of our lives. And that has some profound implications. 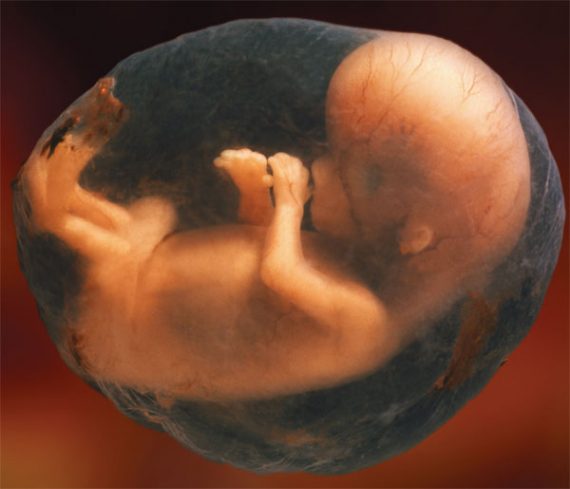 Annie Murphy Paul, a science journalist, gives us a preview of her new book, How the Nine Months Before Birth Shape the Rest of Our Lives.

The nutrition you received in the womb; the pollutants, drugs and infections you were exposed to during gestation; your mother’s health and state of mind while she was pregnant with you – all these factors shaped you as a baby and continue to affect you to this day.

This is the provocative contention of a field known as fetal origins, whose pioneers assert that the nine months of gestation constitute the most consequential period of our lives, permanently influencing the wiring of the brain and the functioning of organs such as the heart, liver and pancreas. In the literature on the subject, which has exploded over the past 10 years, you can find references to the fetal origins of cancer, cardiovascular disease, allergies, asthma, hypertension, diabetes, obesity, mental illness. At the farthest edge of fetal-origins research, scientists are exploring the possibility that intrauterine conditions influence not only our physical health but also our intelligence, temperament, even our sanity.

Of course, no woman who is pregnant today can escape hearing the message that what she does affects her fetus. She hears it at doctor’s appointments, sees it in the pregnancy guidebooks: Do eat this, don’t drink that, be vigilant but never stressed. Expectant mothers could be forgiven for feeling that pregnancy is just a nine-month slog, full of guilt and devoid of pleasure, and this research threatened to add to the burden.

But the scientists I met weren’t full of dire warnings but of the excitement of discovery – and the hope that their discoveries would make a positive difference. Research on fetal origins is prompting a revolutionary shift in thinking about where human qualities come from and when they begin to develop. It’s turning pregnancy into a scientific frontier: the National Institutes of Health embarked last year on a multidecade study that will examine its subjects before they’re born. And it makes the womb a promising target for prevention, raising hopes of conquering public-health scourges like obesity and heart disease through interventions before birth.

A promising venue, indeed, for further research.  It has strong implications for how we think about ourselves, our achievements and failures, our economic status, our personality characteristics, and so forth.   If gestation is (a large part of) destiny, then we really deserve less credit and blame for how our lives turn out.

It also has some pretty profound implications for public policy.  If the gestation period is determinative, it becomes hard to argue that proper fetal nutrition, for example, isn’t a human right.  Which means that, not only will society be financially responsible for ensuring that indigent mothers have access to prenatal vitamins and all the rest but, presumably, women carrying children will have a duty to take vitamins and refrain from smoking and consumption of drugs and alcohol.

We’re already moving down that path in terms of societal approbation but enforcing it through the power of law could well follow.

And how far do we take it?  If maternal stress is a significant cause for problems that will plague people their entire lives, what policy consequences flow from that?  How much is “stress” a function of the mother’s own wiring and how much of it is lifestyle related?   Will we mandate that mothers stop working earlier in their term?  If so, presumably that means that they’d be entitled to compensation from the state.