Yes, the Jack Nicholson character (Colonel Jessep) had some great lines and it was easy to cheer for some of them. But Jessup was a villain in the flick.

Jonah Goldberg’s column today is an excellent example of how you can agree with someone’s conclusions but strongly object to their argument. Yes, the Tom Cruise character in “A Few Good Men” was a smart-aleck pretty boy (as he is in all of his watchable movies; he’s dreadful when he tries to go against type). Yes, the Jack Nicholson character (Colonel Jessep) had some great lines and it was easy to cheer for some of them. But Jessep was a villain in the flick. However well-intentioned, he believed himself above the rules of his society and ordered his subordinates to break the law, with the tragic result of killing one of the men under his command. And then covering it up rather than taking responsibility. Not exactly heroic. I’d hate for Jessep to be the role model for American foreign policy. And, getting to Goldberg’s direct point, while it’s true that the US provides the lion’s share of the NATO defense burden, that doesn’t mean the Europeans have lost all right to dissent. They’re sometimes (okay, usually) annoying, but they aren’t our subordinates; they’re sovereign states with a rather different set of interests. Indeed, that’s the reason we need to preserve the option to act “unilaterally” rather than having all our actions subject to a NATO or UN veto. 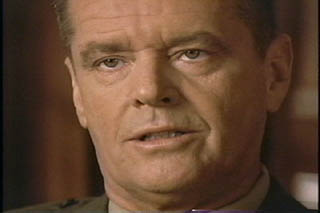 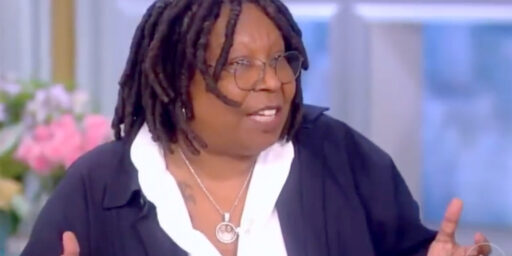