If you want to get data from climate scientists who are working on global climate change gooooood luck. Steve McIntyre and Ross McKitrick have taken a hard look at one of the pillars of the supporting the claim that man is having an affect on global climate, the “hocky stick” by Mann et. al [1998]. It turns out that there seems to be a number of problems not only with the data, but how the analysis was done. The short answer is that Mann et. al. [1998] used a method that “looks” for “hockey sticks” in the data. McIntyre and McKitrick’s paper can be found here.

What is perhaps more troubling than the lack of disclousure and problems in the Mann, et. al. [1998] paper is the lack of availability of data from the researchers working in this area. Yeah, that list is supposed to be funny, but it also seems to fit with reality all too often. McIntyre wanted the data from Cook et. al. [2004] and has basically been stonewalled. This is not how science is done. All the people involved with Cook et. al. [2004] should be ashamed of themselves for not archiving the data and allowing people access to it. An FTP site would do the trick nicely. Not only should the authors of Cook et. al. [2004] be ashamed of themselves Science has also managed to tarnish their reputation by not archiving the data as well. For all we know the data are of the same quality of Mann et. al. [1998] (and lets be clear on this Mann et. al. had to write a corrigendum over several of the probelms uncovered by McIntyre and McKitrick).

You might think that these two problems Mann et. al. [1998] and Cook et. al. [2004], are all there are but you would be wrong. There is also Crowley and Lowery [2000] where the data has been misplaced or never archived. What is fascinating about this particular instance is that Crowely, Lowery and a new author have some how managed to update the Crowley and Lowery [2000] temperature reconstruction in Crowley et. al [2004]. Makes one wonder if they found that data only to lose it again.

How many other studies that are finding their way into the Intergovernmental Panel on Climate Change (the IPCC) have no data to back up the conclusions, the authors are unwilling to share (which raises the question of why not share…are they worried their results might be wrong…do they know their results are wrong?) and lets not forget things like source code for how these studies are done. The policy recommendations to deal with global warming/climate change could easily cost trillions of dollars over the next several decades if they are put in place. If it turns out that these policies were for nothing not only will all the scientists associated with the IPCC be tainted, but we will have wasted staggering amounts of money. 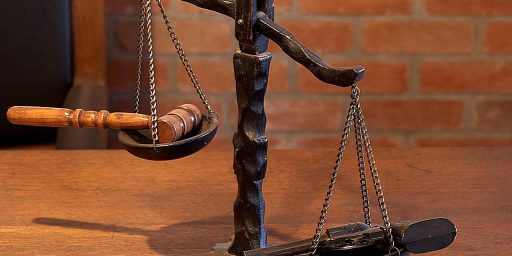