GRAMMAR: IT’S NOT YOUR GRANDMA

Who would have thought?

There are many possible reasons for the tremendous success of “Eats, Shoots & Leaves,” a spritely volume that leads the reader through the valley of the shadow of comma splice; refers to the apostrophe as “our long-suffering little friend”; makes a rousing case for the semicolon’s usefulness in, among other things, “calling a bunch of brawling commas to attention”; and describes Woodrow Wilson’s inexplicable visceral hatred of the hyphen, which he called -spectacularly undermining his own argument – “the most un-American thing in the world.”

Writing an article about apostrophe abuse for The Daily Telegraph last spring, for instance, Ms. Truss held aloft a six-inch apostrophe on a stick in Leicester Square, strategically placing it so that the offensively titled Hugh Grant film “Two Weeks Notice” became, for a short, giddy interval, “Two Weeks’ Notice.” But what was most striking was how few people took her point.

As for its title, it comes from a joke that begins, “A panda walks into a cafe.”

The panda orders a sandwich, eats it and then fires a gun into the air. On his way out, he tosses a badly punctuated wildlife manual at the confused bartender and directs him to the entry marked “Panda.”

I believe I’ll wait for the movie. 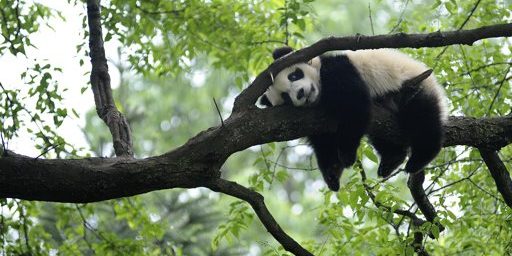 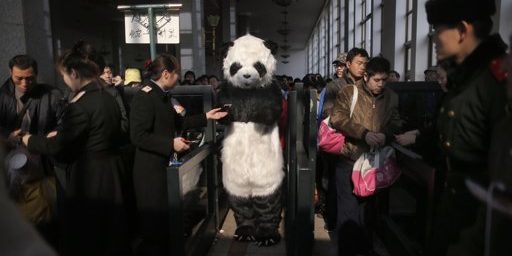 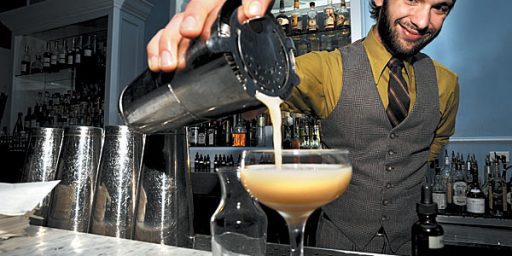 Party Snobbery: If You Can’t Afford to Hire a Bartender . . . 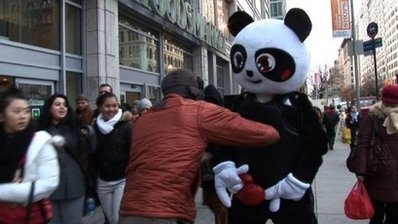