A sniper has managed to shut down a major Interstate and a county school system, terrorizing the Commonwealth of Virginia. (Or, actually, not. I managed to make it all the way to work and then some before reading about it from Glenn Reynolds, who lives the next state over.)

State Police are looking for more than one person for firing shots that wounded two people and hit at least four vehicles on Interstate 64 near Afton Mountain this morning.

State Police Superintendent Steve Flaherty said witness reports suggest there was more than one suspect in the shootings, which caused police to shut down I-64 for more than six hours today and close all schools in Albemarle County for safety reasons.

Flaherty said shots were fired at three places along the interstate — at the Greenwood Station Road/Route 690 overpass, the on-ramp at milepost 114 and at the Crozet exit. At least four vehicles headed westbound were hit — two passenger vehicles, a van and a tractor-trailer. Also, an unccupied VDOT vehicle was shot.

My initial reaction was a snark about how we should pull our forces out of Virginia, since we’re obviously unable to ensure security and keep the insurgents at bay.

My more serious thought, though, was to reflect on General Barry McCafferty’s prediction that, “Terrorists will strike at America during the next President’s first term.” Dave Schuler, Steve Verdon and I discussed that last night on OTB Radio and our consensus was that, if terrorists didn’t strike, it was not because of our tremendous investment in security. Indeed, none of us would want to live in a country that implemented the necessary measures to ensure that a terrorist strike was impossible. Or even that some lunatic couldn’t shoot some cars on I-64. (Although I’m a bit surprised that he got away with it in Virginia, a concealed carry state. Lots of his targets were likely armed.) 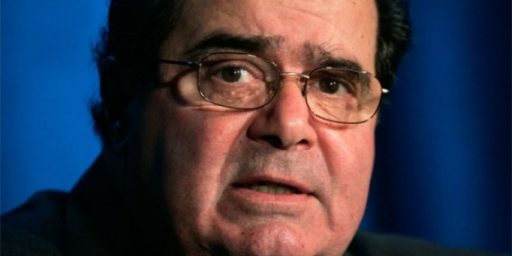