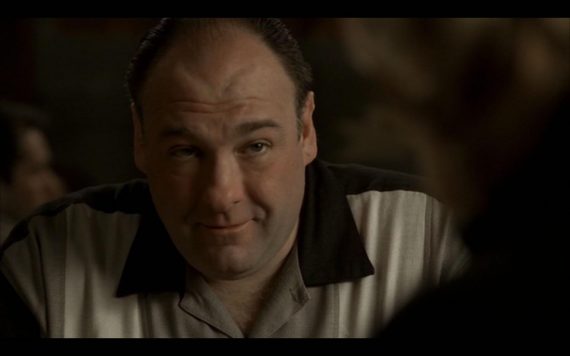 James Gandolfini, a Hollywood character actor who achieved stardom as the head of a fictional New Jersey crime family, passed away today at the age of 51:

James Gandolfini, the Emmy Award-winning actor who shot to fame on the HBO drama “The Sopranos” as Tony Soprano, a tough-talking, hard-living crime boss with a stolid exterior but a rich interior life, died on Wednesday. He was 51 years old.

Mr. Gandolfini’s death was confirmed by HBO. He was traveling in Rome, where he was on vacation and was scheduled to attend the Taormina Film Festival. A cause of death was not immediately announced; a press representative for HBO said that Mr. Gandolfini may have died from a heart attack, though other news reports said he died from a stroke.

Mr. Gandolfini, who grew up in Park Ridge, in Bergen County, N.J., came to embody the resilience of the Garden State on “The Sopranos,” a television drama that made its debut in 1999 and ran for six seasons on HBO.

In its pilot episode, viewers were introduced to the richly complicated life of Tony Soprano, a New Jersey mob kingpin who is suffering from panic attacks and begins seeing a therapist. Over 86 episodes, audiences followed Mr. Gandolfini in the role as he was tormented by his mother (played by Nancy Marchand), his wife (Edie Falco), rival mobsters, the occasional surreal dream sequence and, in 2007, a famously ambiguous series finale which left millions of viewers wondering whether or not Tony Soprano had met his fate at the table of a diner.

James Joseph Gandolfini Jr. was born in Westwood, N.J., on Sept. 18, 1961. His father was an Italian immigrant who held a number of jobs, including janitor, bricklayer and cement mason. His mother, Santa, was a high school lunch lady.

He attended Park Ridge High School in New Jersey and Rutgers University, graduating in 1983 with a degree in communications. He drove a delivery truck, managed nightclubs and tended bar in Manhattan before becoming interested in acting at age 25 when a friend brought him to an acting class.

He began his movie career in 1987 with a small role in the low-budget horror comedy “Shock! Shock! Shock!” In 1992 he had a small part in the Broadway revival of “A Streetcar Named Desire” starring Alec Baldwin and Jessica Lange.

By the mid-1990s Mr. Gandolfini had made gangster roles a specialty, playing burly but strangely charming tough guys in films like “True Romance” (1993) and “The Juror” (1996). He had an impressive list of character-acting credits but he was largely unknown to the general public when David Chase cast him in “The Sopranos” in 1999.

Whatever one might say about Gandolfini’s career, he completely owned the role of Tony Soprano, perhaps the most iconic mobster role outside of Marlon Brando’s Vito Corleone and Al Pacino’s Michael Corleone. And he won four Emmy Awards playing that role. For that alone, he leaves us as a member of one of the great character actors of all time. Indeed, many would say that his involvement in The Sopranos helped introduce a new  era of television drama, mostly confined to cable channels like HBO. 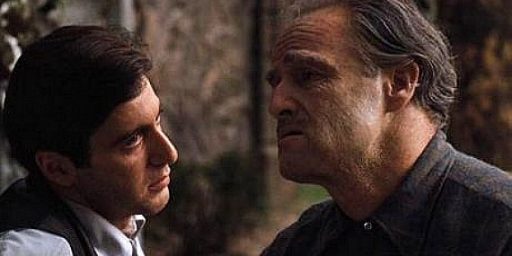