Jenny, the hottie who quit her job in style using a dry erase board and became an Internet sensation, is actually an actress named Elyse Porterfield.

Yesterday, the social media sites were buzzing with the story of Jenny, a lovely young lass who quit her job in style, sending a series of photos with a dry erase board to the entire office and outing her erstwhile boss, Spencer, as a leering jackass who spent all his time playing Farmville. 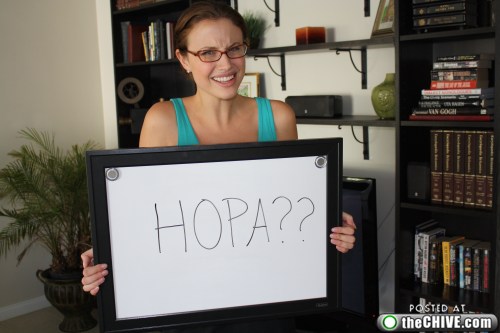 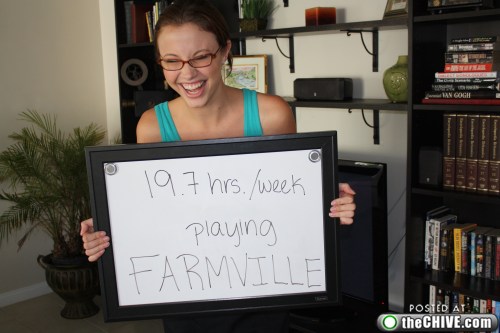 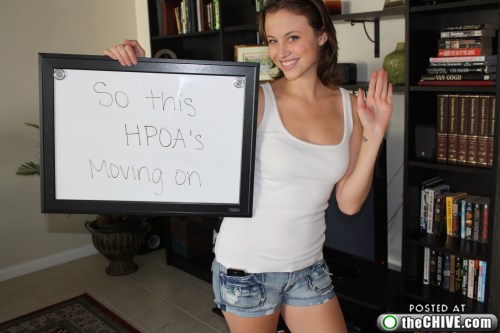 Most of the commentary was divided along the lines of “This is the coolest chick, ever” and “What a dumb girl! Nobody’s gonna hire her after this!”

But, alas, this was almost certainly a hoax.    Gawker’s Ryan Tate calls it “The Quitting Tale That Suckered the Whole Internet.”   MediaMemo‘s Peter Kafka apparently was the first to figure it out:

The story showed up this morning on theChive.com, a dude-centric site run by brothers John and Leo Resig, who own a series of photo/humor sites. (That’s Leo on the left.) Before that, the Resigs ran a site called Derober, which features doctored photos of celebrities in their underwear.

And Derober’s moment in the spotlight came back in December 2007, when it made up a story about Donald Trump leaving a $10,000 tip on a $82.27 bill. The story was convincing enough to fool Fox News and the New York Post (both of which are owned by News Corp., which also owns this site).

Apparently, some of the morning shows have been trying to book Jenny, too. Who, it’s being reported, is actually an actress named Elyse Porterfield.

Aside from the Resig brothers connection, there are all manner of indications that the story is dubious.

It’s amazing how often these things go viral without people getting suspicious.

UPDATE:  TheChive has confessed to their little hoax. 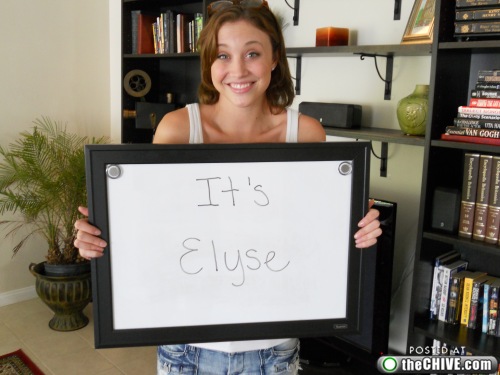