George Neumayr has an amusing take on the 9th Circuit’s postponement of the California recall:

“It is perhaps ironic that the sitting governor could well cast a vote on his own recall that would not be tallied,” writes the 9th U.S. Circuit Court of Appeals. More ironic would be the retention of a governor unable to use a punch card properly.

Nothing is too profound or too petty for the 9th Circuit Court to declare unconstitutional. From the Pledge of Allegiance to punch cards, the court sees grave threats to the Constitution. Indeed, whole countries may lose faith in democracy if punch cards remain in use. “We would be remiss if we did not observe that this is a critical time in our nation’s history when we are attempting to persuade the people of other nations of the value of free and open elections. Thus, we are especially mindful of the need to demonstrate our commitment to elections held fairly, free of chaos, with each citizen assured that his or her vote will be counted, and with each vote entitled to equal weight. A short postponement of the election will accomplish those aims and reinforce our national commitment to democracy.”

Liberal judges are fond of these windy statements — and equally fond of decisions which subvert them. The 9th Circuit speaks of the grave need for elections free of chaos, then promptly throws an election into chaos. It demands every vote be counted, then blocks the counting of all votes for months.

FILED UNDER: Democracy, Law and the Courts, California, elections, Pledge of Allegiance 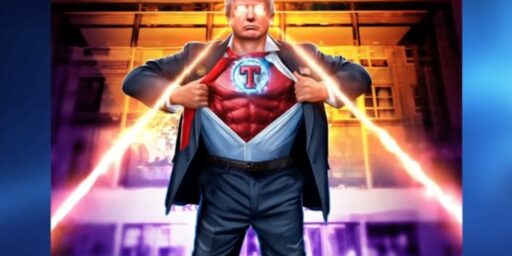