Least Shocking Assertion of the Day

The startling revelation comes from an interview with Barbara Walters:

Asked Walters: "If you ran for president, could you beat Barack Obama?"

"I believe so," Palin said.

And did anyone expect her to say anything other than that?  Since it is pretty obvious that she is considering a run doesn’t that, by definition, mean that she thinks she has a shot at winning? 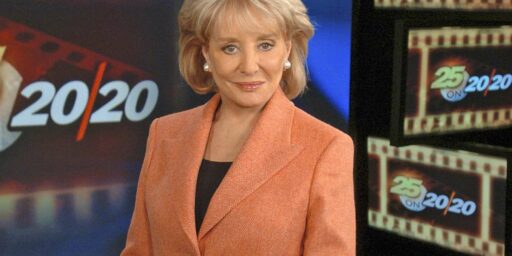