Jeff Jacoby defends giving special consideration to the children of alumni in college admissions, a practice some have called “affirmative action for whites.” While I agree that legacy admissions are different from racial preferences in a variety of ways, I find most of his argument unpersuasive. It is unclear to me why “loyalty and enthusiasm for the school” is particularly important and also why a graduate who had earned his way into the school would be any less possessed of these attributes than one whose parents also graduated. Ditto the likelihood of making contributions to the school. I suppose the offspring of wealthy alumni would be more likely to make large donations than those of modest means, since they start off with greater financial wherewithal. But that would likely be true of those from wealthy backgrounds, period. Perhaps schools should give bonus points to the sons and daughter of the rich, regardless of alumni status?

Legacacy preferences and racial preferences both give unearned advantages based on a status out of the control of the beneficiary. Jacoby points out that legacy preferences usually amount to very little–a couple of SAT points–compared to the large bonus given to racial minorities. But that strikes me as merely a difference in degree. And, of course, it is much easier to make the case for racial bonuses from a “fairness” standpoint, since presumably the progeny of alumni already have a head start. With respect to state schools, however, there is one other important distinction: The Constitution explicity bans discrimination on the basis of race; it doesn’t do so with regard to alumni status. 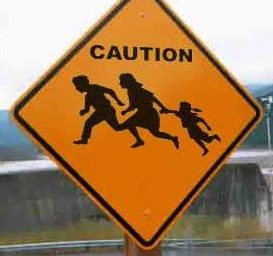