Via the BBC:  Iraq in first vote since US pullout

Iraqis have voted in a provincial election, the first ballot since the departure of US troops in late 2011.

Almost 14 million Iraqis are eligible to vote for more than 8,000 candidates, who are competing for 378 seats in provincial councils.

Voters were searched twice before being allowed to enter polling stations in the capital, and security forces were patrolling in great numbers. 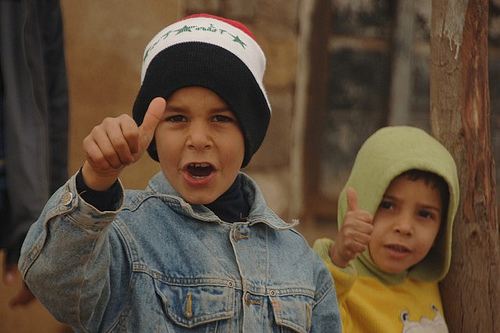