Jonathan Martin and Mike Allen have constructed an inside view of how the 2008 nomination went from John McCain’s to lose to one that John McCain has, apparently, lost.

The gist of the two-page analysis is that the biggest problems were:

Indeed, I suspect the last of those would have ultimately made it impossible for him to win all by its lonesome. The gay sweaters didn’t help, either.

UPDATE: Bob Novak weighs in with even more insider info on the infighting among the recently fired staff operatives. The article’s titular question, “Can McCain Come Back?” goes unanswered. 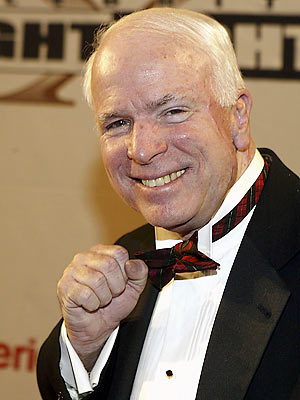